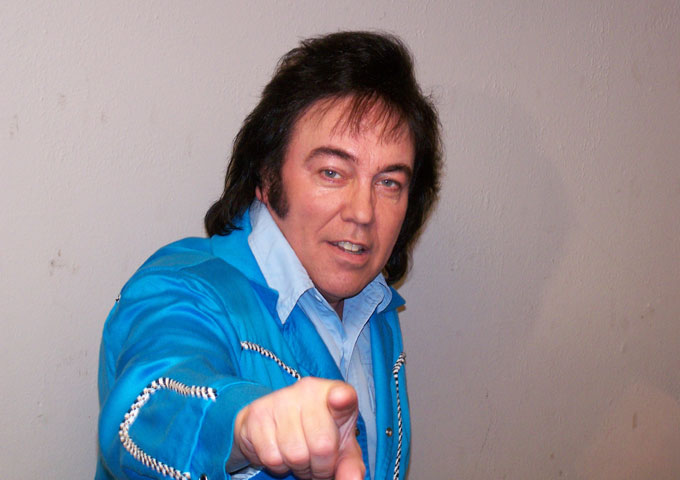 Country, gospel, and pop recording star Donny Richmond, of the U.S., collaborated with many of pop music’s most legendary musicians for his new international release, which has been called “One for The Guinness Book of World Records”. “The World Keeps Loving Elvis” features the largest collection of Elvis Presley’s studio musicians ever to back up any artist other than Elvis himself.

Written by Donny Richmond and David Walker, this beautiful and melodic love song is ingeniously constructed around subtle references to 25 of Elvis’ songs! Now released and charting in Europe, “The World Keeps Loving Elvis” is released to radio in the U.S. on August 3, 2015, and is available on iTunes.

Donny Richmond has written and recorded numerous chart hits in gospel and country music, with songs reaching #1 in more than a dozen countries. This unique entry also promises to be long lasting and far reaching, as the popularity of Elvis Presley sustains, and continues to expand to audiences of all ages.

August 16, 1977 will mark 38 years since the untimely passing of Elvis Presley. Each year in August, during “Elvis week”, fans from around the world take special time to remember the music legend. 2015 also marks the year of Elvis’ 80th Birthday, and the 60th anniversary of his first major recording success.

For the making of “The World Keeps Loving Elvis” music video (now on YouTube), Donny Richmond was also given access to Elvis Presley’s coat, some of his jewelry, and one of his Cadillac cars. Elvis Presley’s musicians are featured in the YouTube video. These greats are members of the various Halls of Fame, such as The Rock ’n’ Roll Hall of Fame, The Country Music Hall of Fame, The Gospel Music Hall of Fame, Rockabilly Hall of Fame, and more. A complete list of the musicians, and the 25 Elvis songs alluded to in “The World Keeps Loving Elvis” can be found at the YouTube video.

ABOUT: Donny Richmond is a multiple award winning artist, crossing the boundaries, reaching into genres including Pop, Country, Gospel, Rockabilly, and more. His music videos and TV shows have aired on national TV networks in many countries around the world. Awards received by Donny Richmond include Artist of The Decade, 6 times Entertainer of The Year, and The Living Legend Award.