TRENDING NOW
Raiigh maneuvers threw the music industry with an entrepreneurial mindset | Flock Gotti is working on his second EP | Meg Williams – ‘Live and Learn’ is an expansive next step she has been working toward all along | Touch N’Go The New Single by Anjalts | Social Distance – “I’m Outside Your House” is a tactile pleasure, something immediate that sticks with you! | Insane Blue – “A State of Mental Confusion” delivers intricate and monumental soundscapes that splendidly engage the listener | CellarHouse – “All We Need” – Rasping modulating bass synths conflict with distorted melodic tones and minimalistic beats | SOUTHDOGROCK are multi-award winners at the 39th German Rock and Pop Awards! | Ariv Music delivers your music globally to all major stores! | Songwriter Jonathon Brannon Debuts New Hip-Hop Project Radio Fly | 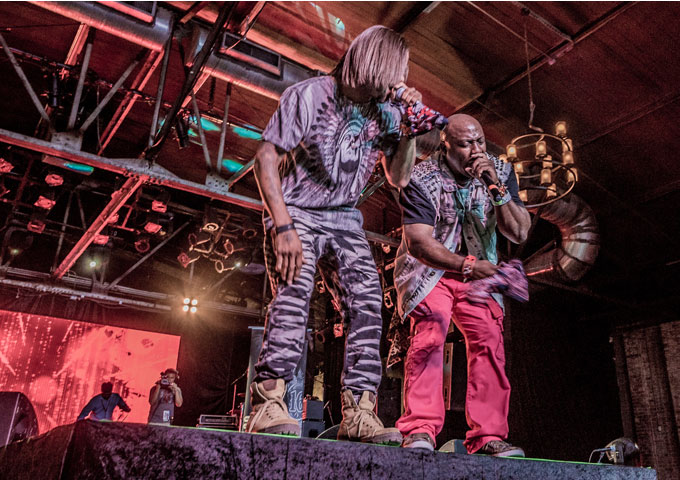 Who is M16 & The Full Moon Wolves? Metaphorically, a full moon wolf is a werewolf. The wolf transforms into this mystical yet powerful creature and takes over the environment it’s in, changing it forever. This is exactly what you can expect while witnessing this band’s performance. They draw you in, free your mind and expose you to life’s many prolific revelations. “OUTLAW” is possibly the most hard-hitting hip-hop album out there. M16’s voice alone is probably the most distinctive in rap today and the way he projects it is amazing. It has a ruff, raw and rugged style and just brings such lyrical mass every time that you can’t help but listen. The beats on this album are great too! And the rhymes just fit so well with the beats, it’s amazing.

Not one weak song on here. And the way M16 & The Full Moon Wolves is so deep and passionate about the music makes it even more contagious! This music is the type to listen to before a football game to get yourself fired up with songs like “Long Time Coming” or “RockStar ft. Kal Royale”, yet it can also be inspirational with songs like “Hate It or Love It” or “Can’t Tell Me Anything”. For sheer technical brilliance, songs like “We I Here ft Panama Red” and “Work 1” should not be missed, but hey, if you just need to rock out real hard and loud, switch to “American Dream” and let M16 & The Full Moon Wolves blow your sub-woofers out of the window! In fact, there is a lot of rap-rock on this album, M16 & The Full Moon Wolves  have a kind of rock and roll edge going on all the time behind their funky grooves, and there is more than a handful of electric guitars, power chords and rock bass and drums firing up the engines on “OUTLAW”. This album would go down well with fans of DMX and Ja Rule, as M16 has that same raspy vocals. But it’s the underlying electrifying beats that are so much more powerful than what the afore-mentioned two have ever done. The production and grinding beats continues relentlessly, building from track to track, with perhaps, “Star Fly ft AM Star”, being the only laidback groove sitting slap-bang amidst the bunch.

“OUTLAW” is a collection of street raps, emotional lyrics, and hard pounding rock-infused beats. I am so glad that this came out. Rap has been in such a poor state for the last couple of years, and now this drops. If you’re tired of trashy, repetitive, god-awful hip-hop that has been ruining the American public, then this is the one for you. And to make matters even better, M16 & The Full Moon Wolves’ lyrics and choruses relate to many people on some level or another, in an assertive and uplifting way.

Overall, M16 & The Full Moon Wolves are carving out their own niche and perfecting their brand of clean, positive unfiltered musical aggression!