TRENDING NOW
Check out “Committed” – The New Single and Video from TheRealKjBandz | Jeremy Parsons – “Things To Come” – A real life story wrapped up in a soothing Texas twang | INTERVIEW: BexX is challenging stereotypes and expectations, and exploring gender issues | John Vento – “America (The Saints Come Marching Home)” – a thrilling tour-de-force of all that is good in organic rock! | Yahsel – “Last One I Promise” Comes From a Story of Affliction and Hope | Antwan Jenkins – “Victory/More Of You” – a rousing full-throttle Gospel experience! | Heistheartist – “ROOTS” – an eloquently tender style! | Announcing the 2020 Inductees into the Album Cover Hall of Fame | Ginjah explains his single “Bible and Key” | Shalkal – “Put God First” is at once jab-like and inspiring |

Young Suavé: “Baby I See You” will move you in the bedroom or on the dance floor 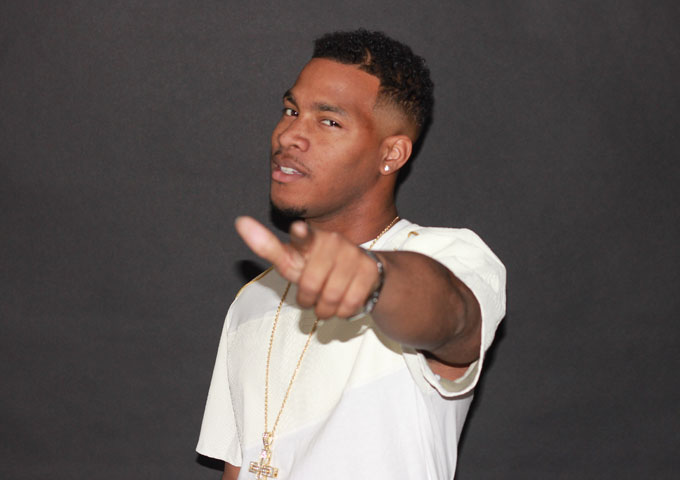 Young Suavé is a singer and songwriter born in the southern state of Louisiana, but moved to Las Vegas, NV at the early age of six years old. Growing up, a friend saw his potential and made contact with Jay Oates the CEO of Hall A Fame Records. Jay immediately saw the potential and signed the young talent and began to perfect the singer’s natural talent.

Young Suavé, who has drawn comparisons to The Weekend, August Alsina and Jeremih, released his debut EP titled “Young Love” in 2012.  Now with his self-titled, full-length debut album set to release the summer of 2016, Young Suavé has dropped the single “Baby I See You”.

Young Suavé is at his best when he’s singing/rapping. I think this style gives him a sound different than your typical Pop/R&B star. This distinctive track brings a fresh sound that is a great club banger and anthem for the ladies. “Baby I See You” shows the ultimate maturity and growth between Young Suavé and Jay Oates’ writing collaboration, crafting a song with music and lyrics that will move you in the bedroom or on the dance floor, like great music should.

Young Suavé is what the R&B/Hiphop/Pop scene has been missing for quite a while. He is both smooth and hip, and his songs are a mixture of both love and sex. Young Suavé, in my opinion, has never sounded better than on “Baby I See You”. In fact he has a taken a quantum leap forward on his new song.  If you love R&B, great lyrics, great vocals and great production, you will love this.

Young Suavé has dropped a very solid landmark track here, representing everything that true Urban music lovers need in today’s bland, crass, and tasteless music scene. “Baby I See You” is a sensual, groove heavy jam session of high-octane passion. At the same time it is a very mature and sophisticated project, showing how Young Suavé has grown in measures as a solo artist since 2012’s “Young Love”. He is making his music worth his while, and worth ours, which is saying something indeed. I totally dug this track and gave it a couple of extra spins for good measure.

Young Suavé has just continued to grow and get better and I can’t wait to see where he goes from here. If he keeps up in this same direction I’m sure he will be around for a long time. Written by Young Suavé and Jay Oates, “Baby I See You” was produced by Xiavor Jordan, mixed by Jaz Williams @ Hookmaster Studio and mastered by John Rodgers.