Omar Bowing: “Creature” – musical and artistic expression at its finest 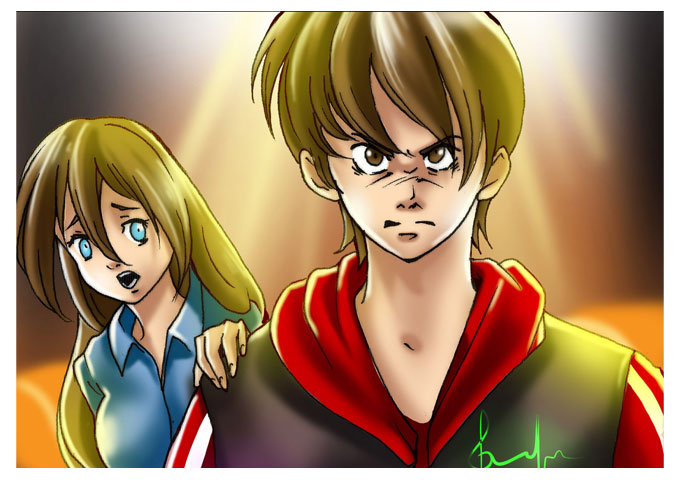 Omar Bowing is an independent artist and songwriter located in Austin, Tx. His peculiarity is that he plays an innovative instrument called the GuitarViol which is a guitar with cello strings so it can be bowed. In this new single “Creature” featuring alongside Bowing, is Tyson Yen on vocals and Martin Motnik who plays bass guitar. The first thing that must be said about this track is that the performances given by the featured members are all absolutely awe inspiring. Omar Bowing’s song writing ability is second to none; Tyson Yen’s vocals are better than ever before; Tyson Yen is simply superb; Martin Motnik’s bass playing is excellent, and Bowing’s GuitarViol arrangements are simply perfect.

Like many of Bowing’s songs, “Creature” has a wonderful epic chorus and layered voices that you just can’t get out of your head, with Tyson Yen’s vocals soaring while the music simply builds in intensity until the end. The atmosphere on this song is so thick you can almost taste it.

The clichéd rock of today has almost eclipsed any and all signs of intelligent life on the planet we call music. Instead of having solid bands today we have fads that prop their heads upon their TV, manifesting nothing more than commercial commodities. So when someone like Omar Bowing and crew comes along, it’s time to sit up and take note. Whether it is heavy or melodic, Bowing creates some great music. He has the gift of being able to conjure up images through his music. Very few bands have that ability these days, nor does anyone really try anymore.

Instead “Creature” provides swings that will tap your emotions and not just your foot as it merges time changes, and the ebb and flow of rhythmic intensity that moves through heavy overdriven parts and acoustic powered flavors. The gothic stylings and grungy arrangement is balanced by an almost classical ambient beauty which together sustain the muscle of the forceful choral-styled vocals.

But when you can put all of those elements together and then inject it with meaning, you come up with a song like “Creature”. Rich sonic landscapes crafted with organic elements that justify repeated listens, which will reward you with subtle details – musical and artistic expression at its finest.

Omar Bowing and the rest of the band are breathtaking in the way they shape sound and present an image accordingly.