TRENDING NOW
Darren Jay writes and produces “I Can’t Ever Stop” ft. KeyBeaux | Comatose Red Ivy – ‘COMATOSE UP IN SMOKE’ – a masterclass in freestyle | Bimm aka Maniak – “StePpa” embodies his hustle and ambition | Quad – “DOMESTICATED PARADISE” – effortlessly combine substance with style! | MERLIN is in the driver’s seat with “Code Blue” | Saga B – “Bottle Service” shows passion and ambition for her craft | Sun [the MC] is a product of the “golden era” of hip hop | ZEE – “Bye Bye Blackbird” is in memory of his loving brother | Jackslacks set to drop 11th Release “Inside Out” | DreDaymuzic – “Crazy” – The powerful single delivers electrifying vibes! | 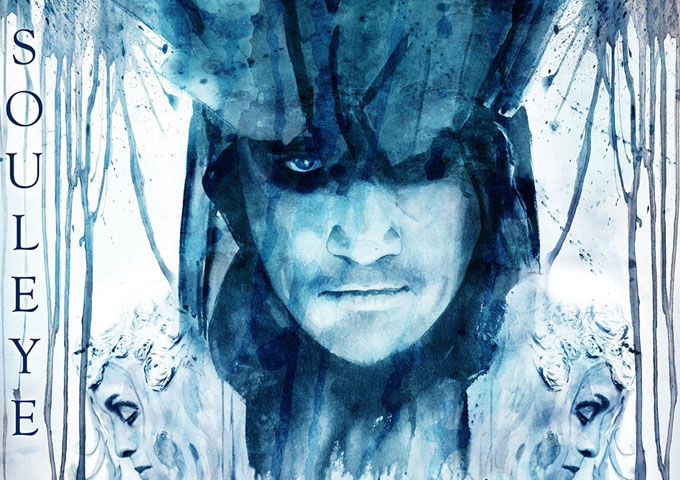 The “modern day hip hop warrior” Souleye, is getting set to release his next full-length album “Wild Man” in mid-spring, and has freshly dropped the second single from the upcoming collection, entitled “Snow Angel” featuring Alanis Morrisette, which also has a supporting video. The track is a follow-up to the previous single release, “Follow Your Heart”. On the new track, produced by Crush Effect, Souleye explores a relationship that continues to tortuously twist and turn as each partner attempts to take a break from the other –only to return.

“When I first met Souleye, I was a fan. I was captivated by his stream of consciousness brilliance, bravery, imagery and his ability to articulate in such generous and prolific ways. His music touched me on multiple levels,” says Alanis Morissette. “Souleye has a voice like no other and I was a fan who had the great fortune of winning his heart.” As with any Souleye release, this message of realistic optimism rings loud and clear, thanks to the sonic clarity of this accredited hip-hop artist. Souleye’s easily decipherable flow and ‘why-didn’t-I-think-of-that’ lines are almost defiant in their simplicity then made even more accessible by Crush Effect production. Increasingly interested in warmth rather than the frigidity usually found in electronics, the production embraces some of the most inviting elements of glitch and the like, in this arrangement. Mixing synth stabs with heavily effected choral harmonies and a dry thumping beat.

The result is a swirling, hard-hitting electronic soundscape that provides a canvas in motion for Alanis Morissette to color on. So when she breaks into the bridge with, “You’re my Snow Angel, you spread open wide as we go back and forth,” the kaleidoscope effect of her voice is nothing short of mesmerizing. Her quality stamp put’s high expectations on the track, which is however brilliantly fulfilled by Souleye.

Never intimidated or even slightly in awe of his partner’s artistic greatness, Souleye rolls out his distinctive flow: “And when it all goes down / Will you stick around / Would you stay the night / Would you give your life / Does it even really mater / If your not will to fight / It’s all about repair this I swear / Stand my ground for my family / Work so hard that I can’t be beat / Never meet defeat / Cause if its not win-win / Then I won’t compete” Souleye has been bubbling beneath the surface for years now, creating a buzz on music blogs and forging his own lane in the underground scene. Famous for his lightning fast lyrics and impeccably smooth delivery, Souleye has become a favorite amongst hip-hop heads. Now with the help of his talent and warrior’s will, he is starting to finally cross the underground threshold and thrust himself into the limelight.

“Snow Angel” featuring Alanis Morrisette is yet another track that proves irrefutably that Souleye is worthy of fame and reverence from the hip-hop community.  It remains to be seen if that’s really what this “modern day hip hop warrior’s” ambition is.

More About Souleye: Souleye’s musical journey began when he was a teenager in rural Massachusetts, freestyling around a camp fire to entertain his friends. Blending traditional elements of hip-hop, EDM and numerous other styles; Souleye’s music crosses the boundaries of genre, defies convention and inspires listeners with uplifting lyrics coupled with both traditional and unusual hip-hop beats and samples. His first album, Soul Sessions was released in 2002. Since then, Souleye has released eight studio albums and numerous singles. Souleye has toured extensively with Bassnectar, shared the stage with the Glitch Mob, Tipper, Michael Franti and his wife, Alanis Morissette, with whom he has two children. For more information, visit souleye.net.