Trae Byrnes: “Why You So LOUD” – a mixtape that harnesses the power of this band 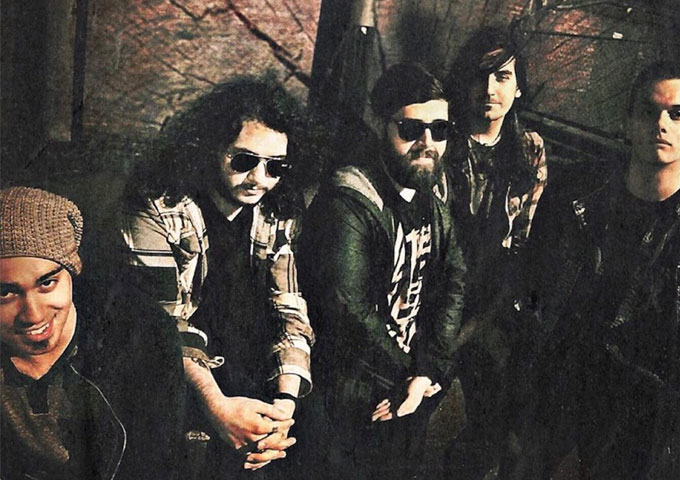 If you like loud, challenging, genre defying bands, Trae Byrnes is right for you. The music is diverse while staying on the indie and alternative rock side – highly inventive and thrill-inducing. Trae Byrnes has all the power, energy, and emotion you’d come to expect from the aforementioned genres, with the added bonus of layers of ever-changing and always progressing arrangements. Their mixtape “Why You So LOUD” takes it all to the next level and beyond. A must have for anyone who is a fan of loud, kinetic, dynamic, and powerful music.

Trae Byrnes is an American alternative rock band from the north side of Chicago, IL. The beginnings of the band formed in 2011 when Aidin Mengele (guitar) ordered a soda from a McDonalds in which Liam Teague (bass) was a working cashier. From then on a musical friendship quickly began between the two who began to jam together in what would eventually become Trae Byrnes.

The two were later joined by Danny Eddz (vocals), Christopher Chi (guitar) and Jhonny Tripp (drums) who completed the line-up. Trae Byrnes’ sound is an alternative mix of post-rock sensibilities and nostalgic 90’s grunge rock aesthetic with an emphasis on dreamy guitar tones and infectious rhythms.

“Why You So LOUD” is powerfully energetic, belligerent and beautifully ruthless, with a flourish of fast, hard-hitting attacks. “That Indie Song” is a lean track that blows you away from the get go, followed by screaming vocals layered over loud percussion and heavy guitar riffs that continue to build up on the explosive “Dikembe”, until the song bluntly slides towards its end.

The rich sprawling and jangly guitars, together with melodic, yet angsty vocals, make “Funny Shapes In The Clouds” one of the better songs on the mixtape. The arrangement of the guitars and drums that follows on “Deviant” is absolutely incredible—I’m a sucker for the quiet-to-explosion-and-back-again gimmick every time – and Danny Eddz’ vocals is so raw and powerful towards the end of the song that it will give you Goosebumps.

Not only is “Why You So LOUD” a solid mixtape songwriting-wise, but it’s also amazingly produced. Whoever was at the helm of producing this sonic beast did his best to create a mixtape that harnesses the power and insanity of what a Trae Byrnes live performance must sound like.

And “It’s Lit”, which is outright the best track on the mixtape for me, probably epitomizes those values. This thing drives and rocks with a power sound that kicks ass from the bass end of the spectrum right up to the top. The insanity drops in on the high-speed mixtape closer, “Your Halo”. Resonating bass lines and raging riffs forge a song brimming with aggression and power. It is a ferocious punkish anthem.

Epic in their structure and range, Trae Byrnes make use of everything in their arsenal during this mixtape – the fiercely immediate rhythms, aggressive and emotive vocals, and the culmination of driving, derailed guitar work.

Throughout “Why You So LOUD”, Trae Byrnes proves that not only are they talented musicians, but also excellent songwriters. Their consistency to deliver dynamic intensity and striking energy throughout the mixtape is exceptional.