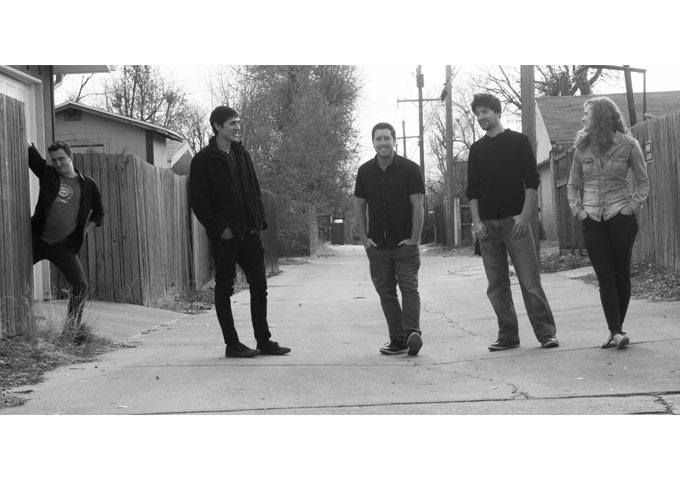 The music by Tyler Imbrey & The Ghost Review is by turns harsh and sweet, downcast and uplifting, angry and joyous. They also tend to be smart, both lyrically and musically. It’s kind of their trick, to insinuate themselves slowly over time, appearing at first to be more meditative and less hooky than they actually are. TIGR’s recently released album, “Misgivings” is direct with both its words and sounds. That makes sense, given these precarious, and confusing times: There’s not a lot of room for resignation or even patience when it feels like the world is falling apart. Can those things be spun into relevant, redemptive music? That’s tricky business, but in the case of Tyler Imbrey & The Ghost Review, turmoil is a potent fuel, and “Misgivings” feels essential, connected, and unflinching.

“Misgivings” feels musically rich and textured. Alongside some late-night bar-room piano (‘Rolling Over Me’) and seriously moreish guitar riffs (‘Lost My Head’) is a constant swirl, pulse, shimmer of assorted acoustic resonance and swooping electric tones puncturing and breaking through the density of the sound.

This is unquestionably one of those albums that merits headphone listening, with so many brilliant little details – musical doodles and squiggles – that emerge over time and with the kind of close listening that it demands.

Along with the darker edginess that runs through the album, there’s also a tangible feeling of uplift, sometimes of sheer euphoria in this music. Those melodic and soaring moments where Tyler Imbrey’s vocals just lift a few tones are one of the project’s greatest pay-offs. And they are most impressive on tracks such as “Poison”, “The Town”, “Old Car” and “Alarm”.

But all the things that make this band a real treasure can be found here – the big, bold beauty of the melodies, the detailed perfection of the music, and the vivid storytelling. There’s really so much here worth hanging on for.

There are precious cathartic moments here, as on “Dear John”. The track begins with a skittering rock beat and a cooing melodic vocal. It soars out of the mire into a hugely infectious chorus, with Tyler Imbrey driving it in emphatic fashion.

His lyrics cut to the bone before the song is whipped up to a heady brew of stunning drumming and cacophonous orchestration and then back again. Masters of profound introspection, flecked with the anthemic thrust, Tyler Imbrey & The Ghost Review do a blend of indie-rock and alternative-folk better than many others.

What strikes a chord is the band’s proficiency in butterflying laments into affecting existential meditations. There is also an understated urgency in the plurality and density of the arrangements. And while Tyler Imbrey has accommodated a short story collection of voices, messages and characters, there seems to be ghosts of himself veiled in each. The album reads as a wry take on the malleability of worldview and personal perception.

“Misgivings” might not make Tyler Imbrey & The Ghost Review massive mainstream chart toppers overnight, but I doubt that’s what they’re after anyway. The steady, organic growl of a band who get under your skin and take hold is very much in vogue here. They’re surely in this for the long run.