TRENDING NOW
Aneessa – “Just to Be with You” – breathes life into ordinary phrases! | Marc Lallemand – “Sur le côté” – a real sense of sonic beauty and charm! | INTERVIEW: Rz Shahid – An Alternative Hip-Hop artist based out of the Twin Cities of Minnesota! | Savannah Nider – ‘Terror in Disguise’ – an important, emotional and relatable anthem | JoCahris – “Broken Like You” – The cadence, like the beat and melody, is infectious | S.B.O.Ez – “Sit Back Observe” – featuring off-kilter bars, and unusual schemes! | Michigan Metal Kings KILJIN Release the Music Video for “I’M STILL ALIVE” | Ju City Dice – “Grind Another Day” goes into amazing detail with his top notch storytelling! | THE JOHNSON PARTY DELIVER A SONG AND VIDEO FOR “CAN’T LET THE BASTARDS WIN” | 7 Lord – “Drop” – refreshing, chill and irresistibly pleasant | 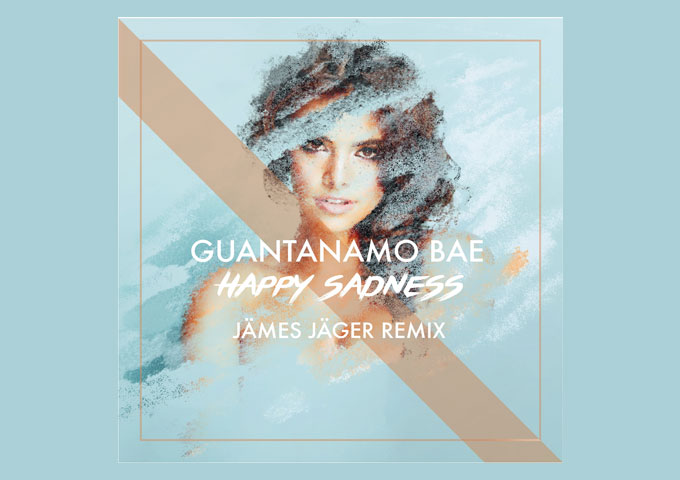 Guantanamo Bae took inspiration for this single from time spent working as a prison guard in Guantanamo Bay. Experiencing a spectrum of emotions while dealing with the secluded conditions, GB wrote ‘Happy Sadness’. This creative piece, in today’s climate of isolation due to the global pandemic, provides an uplifting dance track that allows the listener to zone out and enjoy the positive energy emitted from this single.

James Jager’s remix of the single adds to the original intention of GB by creating an epic dance track that is expertly produced, allowing the listener to disappear into the euphoric flow of the melody effortlessly. Various instrumental drops throughout the track, like the one found around the three minute mark, add just the right amount of space for anticipation to build, resulting in a gratifying sound that will absolutely please fans of dance music.

A powerful bass-line, coupled with panned instrumentation, an energetic beat and an addictive vocal line amalgamate to form a sound that is both unique to James Jager and true to the original single. Make sure you follow James and GB on their social media to keep up to date with upcoming releases and performances!

James Jager is a DJ and Producer who is currently based in the New York and Philadelphia metropolitan areas. Finishing his engineering degree at Drexel University, James went on to pursue a career in the music industry.

Performing at venues that include NOTO Philadelphia, Rec & Royal and Warehouse on Watts, James has played alongside acts such as Bassjackers, DJ Hollywood and Morgan Page.

Continually seeking to progress his diverse creativity, James features both original, as well as “hand selected tracks” in his performances, with no genre being considered “off limits”.

Guantanamo Bae’s (GB) prodigious power to compose innovative and superior EDM tracks began as a pastime in college that fused into publishing on streaming platforms.  Garnering responses from exuberant supporters, GB turned his attention to live performances, a serious-minded craft that is as important to producing the music alone.

Amid the global explosion of Electronic Dance Music, a genre that thrives almost exclusively in nightclubs and festivals of cosmopolitan cities, GB emerged from the small farm town of DeSoto, Missouri.  After serving in the U.S. Navy, he relocated to New York City to attend college and the music passion began.  Experimenting with GarageBand and advancing to Ableton GB., GB was able to share tracks with close friends at house parties and small club gatherings in New York City.

Guantanamo Bae understands everyone’s need for a diversion from these challenging.  He accomplishes this by incorporating melodic mixes and uplifting elements that is a celebration on the dance floor.  With sizeable performances shows forthcoming, GB is excited and focused to carry on his rapid rise out of a small farm town to the around the globe.