TRENDING NOW
DUBEU – ‘DUBlightyear’ – a song for the winners | Antonio Woodard – “Worth It” hits home for anyone feeling stuck, or overwhelmed | Marlon Cherry drops the single “You are The Best” | Needles Fisher – “Everybody Likes Needles Fisher” brings an organic aura to the recursive rhythms of hip-hop | R. Gerald’s IMFP SOCIETY – The Story of Life FT BIG Rom 92 is in the groove | Edison – “Real One” ft. Ziggy is taken from his experiences | Rico Nevotion – ‘Keep It 100’ ft. Grammy Nominated artist Spliff Star is an enriching song | Aubree Collette Lee – “Good For You” will leave you wanting more | Mz. Lady Michelle – “Misfit” – an album that should light up the industry | Linda Debella – “Bend To The Light” – true quality from start to finish |

SC4Real – “Hypermode” is a project you can’t miss! 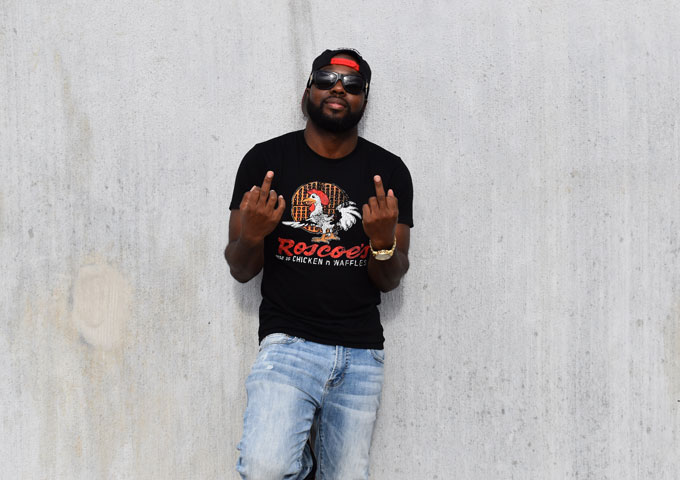 “Hypermode” is easily SC4Real’s magnum opus. He really poured his heart and soul into this project. This album really cements the rapper in the realm of great underground artists of the present. Although he is heavily influenced by legends, SC4Real is not the past. He is the here and now. In a region of the country that has become increasingly synonymous with trap music, the South Carolina native is an artist free from the restraints of record labels and styles, and as such, is crafting arguably some of the best music of his career on this album. “I chose the title Hypermode because I felt like I was gonna take my music to another level and place,” says SC4Real. “I challenged myself as a writer and producer to make a ‘complete body of work’.” Something he achieves across the album’s 20 tracks. One of the main follies of an album this long, is its tendency to be riddled with filler or being unable to stick to cohesive subject matter. Luckily, both musically and lyrically, SC4Real delivers a work that is laser focused. Another thing that SC4Real does so well, is that he doesn’t overwhelm. Gradually he eases the pedal on the production until he’s in cruise control. He can keep up – no, he outmatches – the majority of his peers.

You go from the rapid fire rhymes and intense wordplay, to smooth and funky grooves, as well as futuristic synth play and downtempo jams. This progression helps keep the album feeling fresh and varied. SC4Real is a writer and producer that embodies everything good about the often neglected South, and brings it to meet the East Coast sound. “During the 2 months of the Hypermode sessions, I recorded 40 plus songs and out of the 40 plus songs I chose 20 for the album,” explains SC4Real. “I rode around for weeks making sure I had the right tracks and that the flow of the album felt good and sounded good.”

Right from track one, “The Warm Up”, excellent instrumentals accompany the lyrics, each adding up to the overall feel of these songs. SC4Real’s confident flow against a flurry of gorgeous, popping beats make every song standout as he spits on a multitude of different topics. From the insistent push of “Now or Never”, to twisting keys of “Mafia”, and the steady bass bang of “Alive”, SC4Real does an impressive job of showcasing the varied sounds that perpetuates across the entirety of this album.

Moving forward across other standouts like, “Mamba Mentality”, “Cool Talk” and “Breakdown”, it’s clear that SC4Real’s passion and devotion to the grind is paying off. Even after the halfway mark, the rapper shows no sign of letting up, as each track showcases his progression behind both the mic and the boards, which will result in pervasive critical applause.

From the thundering rumble of “Make It Hot”, to the smooth groove of “A Winner’s Anthem”, and the funky drive of “Its Your Energy” to the slow jam of  “Black Magic”, these songs are a manifesto of renewed purpose and self-awareness. Curveballs and highlights abound across this recording, most notably with “The Night”, “Hells Kitchen”, “Live It Up” and “Big Dog”. There is so much music on this album that dissecting the lyrics and production on these tracks would take days on end.

It’s so much easier to just press play and directly take in the insights, the contrasts, and the thoughtfulness which is awesome. The album is a testament to SC4Real’s ability to develop interesting concepts and tell incredible stories. There’s no question that “Hypermode” is a massive listen.

If you fall in the second category, “Hypermode” is a project you can’t miss. The combination of excellent production, top-notch lyrics, great flows and superb wordplay, makes this ambitious project a must-listen.

Mz. Lady Michelle – “Misfit” – an album that should light up the industry

Kade and the Outcasts – “CRISIS” – a crossover DnB-hardcore punk sound!