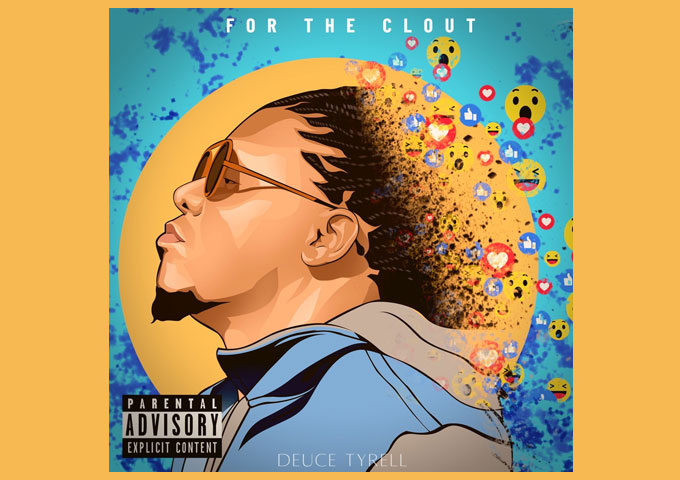 Born Darrin Tyrell in Rocky Mount NC, Deuce Tyrell is a Producer, Rapper and Engineer. As a teen Deuce started producing and rapping recording himself and built up his buzz in Rocky Mount NC, and soon all of North Carolina and Now Atlanta GA. After high school Deuce attended the Elizabeth City State University where he was a radio personality and videographer through college.

Post-Graduation Deuce focused on mixtapes and music showcases. Soon after, he moved to Atlanta Georgia, to attend the Art institute for production and engineering. After that he released the single “Wright Won” and quickly garnered notoriety streams now on all platforms.

Deuce has completed and released his latest EP “For The Clout” featuring his band NEW BAND ON THE BLOCK, which was recorded at Patchwerk Recording Studios in Atlanta GA. Deuce Tyrell has produced for the likes of Carolina favorites such as Lillian Blanche and Nun Afterhours, all the way to the likes of Young LA.

A jack of all trades, and a sure money maker for investors, Deuce Tyrell directs many of his own videos, as well as produces and engineers himself, and other artists, selling out shows locally and away in the process. On his project, “For The Clout”, Deuce Tyrell shows he is a true wordsmith. As a matter of fact, his deep, honest words are the highlight of this EP. He sets the bar high on the opening bar of the first track, “Optimistic Narcissism” to the last bar on the final track “Wright Won Live”. In between, Deuce conscientiously and respectfully weaves his narratives to highlight the complexities, importance, and status of the black woman.

There is so much to unpack on “For The Clout”. From his alliterative rhyme patterns to his wonderfully woven metaphors and his thought-provoking words, Deuce Tyrell finds entertaining ways to keep the audience glued to his music.

“For The Clout” is also jam-packed with excellent features and lusciously layered productions. The smooth track transition and Deuce Tyrell’s lyrical and creative performances will make you hit the repeat button more often than you think.

Deuce Tyrell is expressing himself on his own terms, with poignant lyricism and nuance, which is establishing him as one of the genre’s most interesting craftsman.