The Pragmatist expresses himself and his feelings in “Flyer Than NASA” 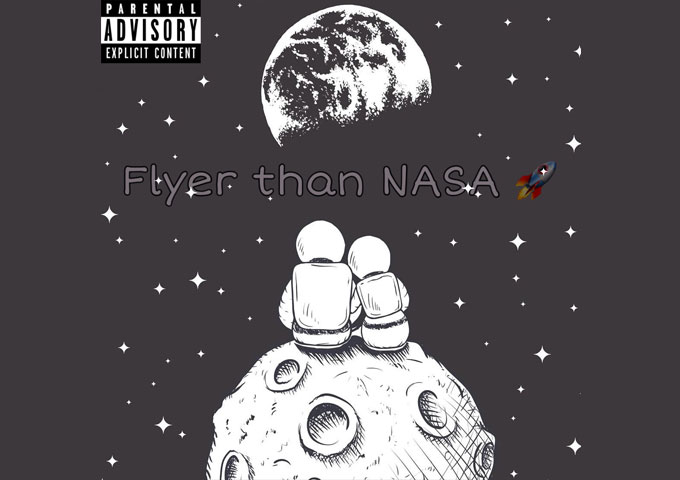 The Pragmatist was born in Los Angeles, California where music seems to be the only thing that can spark a genuine connection amongst two entirely different people. His average interactions with common people are usually either off the basis of music taste and a premise of who has better music taste, or by simply being a basketball fanatic. At first, music was a personal thing because he and his mom connected a lot through music. As time wore on however, The Pragmatist began to open up to so many different genres as he began to explore different songs on YouTube and began talking more to women in middle school, though he was shy growing up. It was because of Pierce the Veil that he found his personal favorite band, Shwayze, growing up.

The Pragmatist’s lyrical talents come from studying guys like Kendrick and Ab-Soul. “There are a lot of really good lyricist in the rap game and I pay my dues to all of them really (BlueFace is one of the hardest lyricist out right now debate a wall), those two were just the guys that were playing on my Windows phone the most,” explains The Pragmatist.

“My all-time favorite artist is Kanye, he just knows how to conduct a really good song well, both him and Kid Cudi are responsible for the 808’s era we are in right now, which I’m very fond of,” he continues. “And I love me some Sade and Jhene, those two women sing from the soul and I can’t explain to you how they can just soothe me when I get riled up or anxious.”

The project Flyer Than NASA is a feel good body of work where The Pragmatist expresses himself and his feelings in a fun and playful way. “This body of work means a lot to me because this is the beginning of my music career and I feel as if though this album showcases my untapped potential,” concludes The Pramatist.