TRENDING NOW
Rob Stroud – Locked – the post punk synthmeister returns | Skhitzo – “Eternal Reflex” enforces that he’s a rapper to be taken seriously | Giorgio Leone IT is a DJ and Producer, born in Italy and currently based Taiwan | Aneessa – “Gonna Be Alright” – a true getaway from the gloominess of our current reality | London based pop-rock acoustic duo, SVRPoole release “Dusted Artist” | Hiroki – “Rain for a Year” will immediately make itself at home in your heart | Ed Warcom is a passionate electronic music producer from Germany | natural dichotomy – “longings” – potent stream-of-consciousness songwriting | April And The Drift – “Item For Sale” – conveys all the necessary feels anyone can connect with | Darren Jay writes and produces “I Can’t Ever Stop” ft. KeyBeaux | 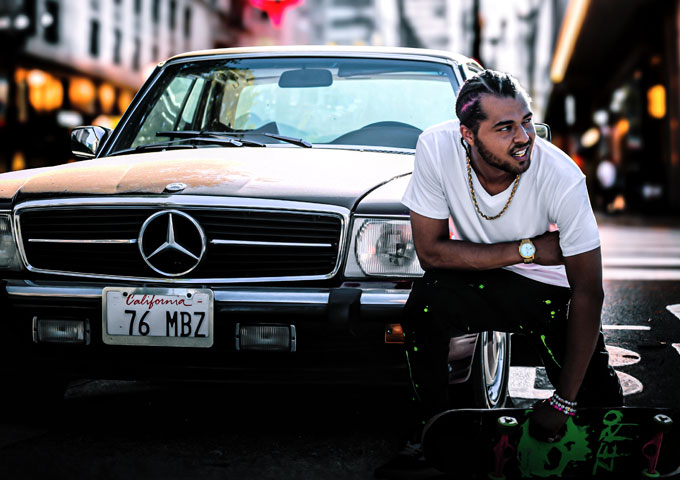 The Rap and Hip-hop game has certainly changed since the last decade. The old gatekeepers of music have lost power. Mainstream Radio, TV and other classic corporate media is dying. Blogs, streams, and social media are where it’s at now. There are more platforms to get exposed than ever before. The new wave of rap is upon us and has already taken over the charts and smashed streaming platform numbers, one day after another. A totally unknown artist can make a track in his bedroom and go from zero to hero in less than two tweets. It is within this context that we have to carefully watch every newcomer to our playlists with an open mind and attentive attitude. Produced by Duvaal, and mixed by ChillMix, the track ‘GUN’ introduces us to yet another up-and-coming talent on the modern hip-hop scene. JezzyMan drops in from L.A. to showcase his writing and performing skills in no uncertain terms.  JezzyMan displays his vocal range, switching from rapping in a lower tone to singing higher pitches and effortlessly harmonizing with the music.

The track combines luscious synth tones, warm musical vibes and lyrics that give listeners a glimpse of the artist’s views and feelings, in which is described as, “a mystical journey of life and death through the lenses of Hip-Hop culture”. “Bottled up, I never let my guard down. Let’s run it up, not stall now. Let’s spark it up, till we fall down, and I’m not nearly done!” sings JezzyMan in the chorus.

The track is super catchy and every time you listen to it, you won’t be able to stop yourself from bobbing your head. JezzyMan’s voice is instantly engaged, audibly increasing in level. He’s invested in the production, and leans in, to properly gauge the temperature of the beat, before sweeping across the soundscape with his intense attitude and wordplay. JezzyMan clearly has an ear for beats just as much as he has a knack for the melodies and flows he places on top of them. The beat is built up masterfully by Duvaal with rich synth samples, which work perfectly. JezzyMan’s voice is gritty yet melodic, his vocals often having a pitched quality to them which adds to the texture of the record, and the production works similarly.

The entire track is anchored by something melodic- whether it’s the synths, or JezzyMan’s own vocals. These are all recurring elements that help create a blanket feeling across ‘GUN’. JezzyMan doesn’t stick to one flow, as we get to hear him stretch his voice. The rapper elongates and contracts his words to link them together with dexterity.

Running through his catalog, it’s clear that JezzyMan not only shows growth, he shows investment in his craft and a desire for perfection that will undoubtedly help guide his career to greater heights. ‘GUN’ keeps him firmly on that track, and well within the confines of his ever-expanding ability.