TRENDING NOW
Meres – “Have You Ever” – song’s hypnotic catchiness belies its depressing angst | Earl Winston & The Funky Big Band – “Funky Big Band” places a heavy emphasis on the groove | JPecs – “all nighter” is the perfect accompaniment for late night study sessions | Charlie Cartel – “Got Me” brings back some old school chill vibes | Novi Nov – “Parallel Lines” taps into his bank of profound creativity | Dou – “Simmer Down” came about within sessions with Eli Bordonaro | Soul Poet – “Tell Me How To Live” – the lyrics hit hard, the sounds flow sweet and smooth | “Insanity” – Ht UnCut is inspired to write this song because of his experiences | INTERVIEW: Jesica Yap – Indonesian-born music producer, pianist, teacher and composer for visual media | Derek Davis – “What Is Up Is Down” |

2021 comes with the promise of success for Molly the Kid! 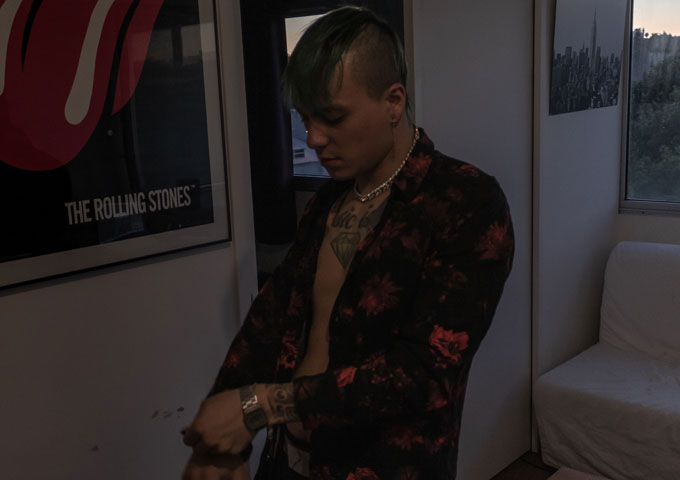 Molly the Kid comes with more after the last season in Paris. Coming from Colombia, getting out of his country, starting his journey playing the bass guitar in a cruise around Nord Africa and Europe, to land in Malaga Spain. Passing through a lot of struggles, with the only goal of realizing his dream, music, he arrived in Marseille France. He started his official music by showing a part of himself in the year of 2019, which he made from scratch, recorded and mixed by himself, in hotels, restaurants, train trips, or even the street. He released his first two singles from Aix en Provence in the south of France, titled “Fiesta Loco” and “Titans” in 2020 during the pandemic crisis.

From Luxembourg he released his single “Como Jimi” getting more than 40.000 streams across all platforms with a great reception in America Latina, especially in Argentina. To finish the same year he dropped his two latest releases at the same time.

His first two video clips were directed by Mateo Direktor and produced by Soap Film, this time from Paris with the singles “Dejalo” and “Solo” – all done as an independent artist. Now coming back to the south of France after 6 months of working his new music in an independent collaboration with Middle Room Label, he will drop the first one of 7 songs, showing new colors and a sensible side drawing in his songs his experiences.

This year comes with a lot of promises of success in his career. We do not have an official date for his release, but what we know is that it will be during the month of May. But definitely go and follow the history and be aware of this release, and Molly the Kid’s next releases on his social media.