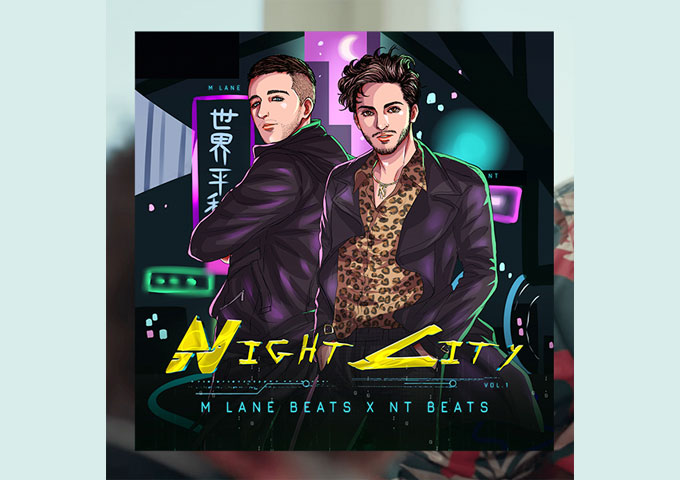 As far as the hip-hop and pop music industries go, Nikola Tefov, also known as NT Beats, is an up-and-coming artist/producer from New Jersey, United States. He could be on the cusp of something extraordinary by unveiling Night City Vol.1 an album consistent of 8 major label quality beats. Produced by NT Beats and M Lane Beats.

Showcasing his talent through infectious, lively, relatable bass-heavy hip hop tracks that have rapidly earned a spot on his listeners’ playlists and hearts. His name comes from his initials NT (Nikola Tefov). He believes that music is the only medium in which he can express himself fully. In contrast to the present society, when individuals are required to distinguish themselves, identify with hundreds of labels, and conform to standards.

“Everybody should be completely free, no matter your skin color, nationality, race or religion.” – NT (Nikola Tefov).

He has succeeded so far in creating his own record label “NT Music’.’ He presents excellent music in genres such as trap, pop, EDM, hip hop, alternative pop with a current twist, sensible subjects and with the highest level of production quality possible.

In the past he ghost-produced for several platinum artists and producers which he stated he was not proud of. But because this subject was so sensitive, he did not want to comment on it anymore.

With over a decade of experience in the music business, music production, and audio engineering, he is tired of seeing artists deceived into signing bad record deals, particularly new and emerging artists.

With this in mind, he and long-time friend M Lane Beats decided to create a whole album of beats/instrumentals titled Night City. M Lane stated that this album is on a par with, if not better than, the majority of platinum records released today.

Night city Vol 1 is complete and is available for licensing. NT Beats told us that it will be an affordable way to get major label production quality without breaking your bank or signing all your rights. At the moment, you can license individual beats and the album through the website http://www.NightCity.BeatsbyNT.com

Additionally, there will be a competition with some excellent awards, so stay tuned to NT Beats and M Lane Beats for updates; you don’t want to miss this, as there will be a limited number of licenses available for purchase.

These are some of the questions NT Beats and M Lane Beats answered for us:

1) Tell us a bit about yourselves and where you’re from, for people who don’t know you guys and your music.

I’m a multi-instrumentalist/singer/rapper/producer. Music, art, and life, that’s what I love.

I’m from Macedonia originally. I love my country and its history and culture, but I am not someone that can be in one place for a long time. So far I’ve lived in several countries. I currently live in the USA, where it seems to me that you have the greatest opportunity to make a mark in the world and change it for the better.

First of all, thank you for this chance to be on your blog, it means a lot to me.

I am from Macedonia as well, probably not a lot of people know where it is, but it is a small beautiful country in South East Europe. Unfortunately there are not many producers like me here, so I primarily work with producers from all around the world, but Macedonia is where I have spent most of my life.

2) In five words, describe your sound…

My sound is catchy with good vibes, I always strive to make melodic music.

3) In five years today, where do you see yourself?

I value and respect the present moment because it contains infinite power. “Power of Now” by Eckhart Tolle was one of the best books I’ve ever read; I’m grateful for it and would suggest it to anyone.

I just want to remain creative and do what I’m doing today. I have goals but I don’t let them distract me from what is most important, using the shit out of the present moment.

Ultimately my goal is to change the world for the better. You can see this on all of my platforms.

“Together we can build a better new world!” – Nikola Tefov

Honestly, if I succeed on a global level with my music, I want to move to the United States, where my old friend lives. That way we can work more closely together, and produce the best music for the Pop and Hip Hop industry.

Nothing makes me feel that good when my music is listened to and loved by other people.

So I would say in 5 years the USA is really the country where I should be, and have a couple of platinum records under my belt. That’s everything for now, more next time.