TRENDING NOW
MAKI scores ‘FORECLOSURE’, a science fiction drama re-imagined | Southern Avenue puts a funky, groovy spin on the 1983 Genesis classic, “That’s All” | LIFE OF 5AM – “Get On Down” stands out in originality, memorability, and overall quality | Rootspence – “Hello Summer” leaves a strong impression of an authentic musician | Baggalott – “Pit Stop” approaches songwriting with an open mind and a strong will | 24k Melodies – “i hatE my life” weaves a web around listeners | Cameron Pluto – “Cloud 9” – dreaming of a perfect romance | Vievanessa – “Walk On By” – old school vibes mixed with a contemporary pop edge | J.R.O.D. – “Illusions” provokes listeners to think deeper and inspire growth | NesKoH – “Da li je svijet?” (Is the world?) is extremely deep lyrically, very sincere and quite striking |

Deep System: “Hey My Love” – taking dance music and mixing it with melody, a story and statement! 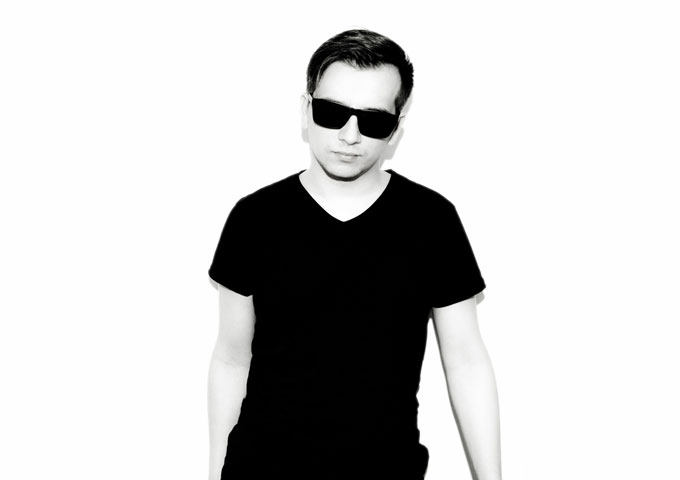 Deep System (known previously as Andrei S.) got his start as a club emcee and hip-hop artist, at the tender age of 16.  His passion for music comes from an earlier age when he discovered his father’s old Dj equipment tools. In 2009, the song “What Is Love” allowed Deep System to capture the attention of millions of viewers on YouTube, along with more supporters and followers in the clubs.

This led to more successful songs like “Why”, “It’s Ok” and “Mr DJ” which garnered over a million views on YouTube by itself, and was featured on radio and in clubs all across Europe, earning Deep System a special guest spot at the “Albanian Eurovision” song contest.

Now after many more releases Deep System has dropped his latest summer party banger, “Hey My Love”. I didn’t think it was possible but this track rivals its predecessors with even more catchy synth hooks, baselines and vocals. I’m a total sucker for catchy melodies in dance tracks so Deep System hits the nail right on the head for me here.

In fact the cool thing I noticed about Deep System’s music is that not only can you dance to it, but you can actually sit down and listen to it! That’s why, in case you haven’t been paying attention, Andrei S and his Deep System project will slowly be taking over the dance music world.

Most of Deep System’s songs deserve more air time around the world. There isn’t a mediocre song in his collection. Just check out his Youtube catalog. Andrei S’ style sets him apart from the run of the mill hum drum dance stuff out there.

A lot of the success of these tracks – apart from the great music mixing, mastering and music production on the whole – depend on Deep System’s crystal clear melodic voice, which is never forced. He never screams and shouts across a beat. When he sings a melody, you can actually understand every single word and it’s so catchy you want to sing-a-long too. On how many dance tracks do you think you can do that!

Deep System aka Andrei S. is an all-round talent as he also writes the lyrics and composes the music on most of his songs. On “Hey My Love” he was joined by Andrei Murariu who helped with the orchestration, while the song was mixed and mastered by Pal Claudiu Ramon. The cover artwork was done by Alexandru Lupas.

Deep System is truly fresh and innovative, taking dance music and mixing it with melody, a story and statement. Don’t miss “Hey My Love” and dance and sing your way through summer!