Alby Sound: “Adventures Of The Sound” – absorbs a wide variety of styles 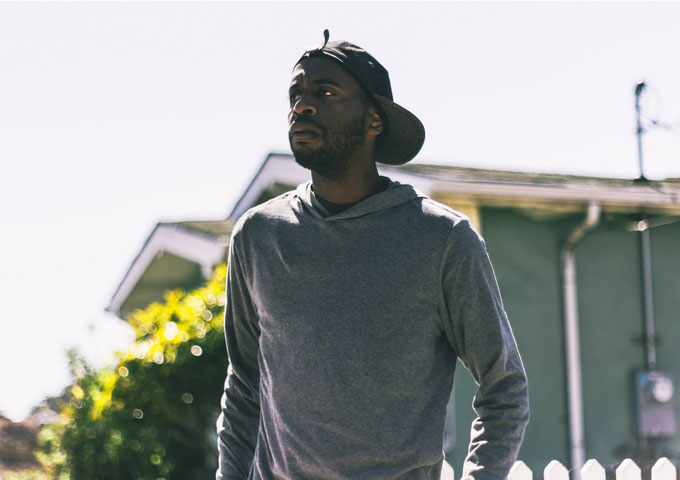 Alby Sound is a rapper and music producer out of Rodeo, California. Previously known as Oktayne he gained enough popularity to begin rising through the ranks of the indie hip-hop charts. Alby’s album, “Adventures Of The Sound” is, in one word, refreshing. In a day and age where rubbish rules the airwaves, he provides a smart, witty and touching album that enlightens the mind and soothes the soul. His beats have an old-school feel to them, re-touched with a new school flavor. Alby’s emceeing skills are as dynamic as his production. His flow proves that he can ride a beat with words, and his lyrics show how introspective the man can be. Unlike all over-hyped modern records, this album does not pretend to be revolutionary, nor does it want to change the face of hip-hop. Quite simply, “Adventures Of The Sound” is a rare gem in a fabricated industry that promotes solely violence, money and sex (yes he does have that too, which life doesn’t!). However Alby Sound dares to be different, and treats all hip-hop fans (backpackers, mainstreamers alike) to a soul-filled, truthful, catchy and positive album that will undoubtedly develop a cult following.

Through his songwriting, rapping, and producing, Alby has created a well above par rap album. His beats are always catchy and original. Occasionally, he combines his signature hip-hop beats with another genre: soul, R&B, electronica and pop. Such variety gives “Adventures Of The Sound” its interesting swings. Lyrically, he explores many issues that corrupt this world every day. His passionate powerful messages keep audiences listening closely. His words are obviously true to his heart as expressed beyond them whether he’s raunchy or sweet. This is a great rap album for those looking for an escape from the common mainstream nonsense.

Highlights of the album are difficult to pinpoint because it is all so inspiringly, heart wrenchingly good and trying to pick a favorite would be like choosing between your children. Having said that, songs that are probably the most ear-friendly among the 16, can be found in “Clap Your Hands”, “Get Hype”, “Friends”, “Vibe N’ Ride”, “Crank It Up”, “Unlock ft. El-Merow”, “Chillin’ ft. Takticz” and “Grow Up”. However all the beats are amazing, the music is very good, and Alby is a rapper you can relate to.

With solid beats, and on-point lyrics that manage to cover different topics without undermining each other, Alby Sound manages to create an album that is diverse, thoughtful and human in a way that very few have ever managed. One second he is on the usual hip-hop topics, the next he is bringing life’s problems to the fore or discussing personal thoughts in the interludes.

“Adventures Of The Sound” is the epitome of Alby’s ability to blend social commentary and introspection in with good music. Alby Sound appears to have absorbed a wide variety of styles from several different eras and lays them down with singular authority and convincing fidelity. If you haven’t already copped it, you should invest in this essential music experience.