TRENDING NOW
Jennaske – “Need One” – thorough, astute, and surefooted in her execution! | Kovan Baldwin – “Last Man Standing” treats the silent code of honor amongst male friend groups | Da’Wan Gold – ‘All Of You’ is part of a 13-song project dubbed ‘Ego Trip’ | “You Got Me” – Jill Opal delivers her true spirit and attractive melodies | Dr UD Obi – “Father of Mercy” brings forth the cornerstones of Gospel music | Purple Activist – “Purp Paris” – the sweetly chilled voice is equipped express emotion | Meres – “Have You Ever” – song’s hypnotic catchiness belies its depressing angst | Earl Winston & The Funky Big Band – “Funky Big Band” places a heavy emphasis on the groove | JPecs – “all nighter” is the perfect accompaniment for late night study sessions | Charlie Cartel – “Got Me” brings back some old school chill vibes | 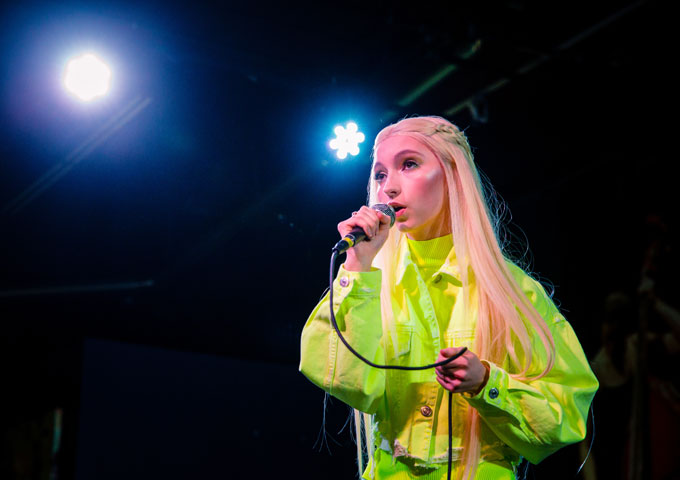 R&B Soul and Pop artist Sofia Evangelina released her second single “Smile” on December 6th. The track, produced by Roy Hamilton III (Britney Spears, Michael Jackson.), showcases a more refined Sofia. On her previous songs, in spite of the huge potential, it was clear that they were sung by a young girl who was still in the exploratory stages of her artistry. You couldn’t really attach a certain sound to her the way you could to some of her older, and more successful pop contemporaries. Now on this new release, she has totally eliminated that difference as well. And she is still in her teens! Sofia’s rapid rise to this high level has been unexpected, stealth almost. Certainly no one could have predicted such an extraordinary trajectory since she entered quietly, but assertively, into pop music’s consciousness in 2018 with her single, “This Is Your Song”, which achieved an LA Music Critics Award.

Riding on the consciousness and success of her music, Sofia Evangelina became an Ambassador of international anti-bullying youth organizations, as well as a Gen-Z influencer aspiring to inspire empowerment and standing up for what is right, through her actions and music.

The theme of her latest Gospel flavored R&B song, “Smile”, remains entrenched in her deep concern for positivity and optimism in the world. “We find the faith to carry on when we smile,” sings Sofia, firmly believing that’s all it takes to ignite our inclination towards affirmative action. With empowering and commanding lyrics, the song effortlessly energizes anybody who listens to it.

What makes “Smile” so special is the way that its message has been packaged, by both Roy Hamilton III and Sofia Evangelina. The producer designs an earthy, organic backdrop, with jangly guitars and luscious layers of gospel-styled harmonies, while the singer drops a heartfelt performance, emotionally nuanced to perfection, while running through the highs and lows of her vocal cords. Sofia effortlessly switches between her suggestively smoky vocals on the verses to the bold and thoughtful statements she shoots on the chorus, her vocals steadily rising above production while keeping up with the growing sweeps of harmony. Sofia sings with intimate delicacy, but forceful conviction, and proves the versatility of her voice.

“Smile” radiates with eye-blinding brightness as Sofia Evangelina rounds off what’s already been a stellar two years for the multiple award-winning Canadian artist. She delivers one final punch, before the festive season sinks in, with her latest single, further cementing her status as a rising pop force.

The resonating beat and chiming guitars ripple underneath Sofia’s compelling vocals to evoke a keen determination that’s instantly captivating. “Smile” is melodic and affecting track, soaked in honesty and empowerment that confirms her ongoing maturity as an artist and songwriter.

The song’s deeply evocative lyrics demonstrate a wisdom that stretches beyond her years; this, together with the track’s smooth instrumentation, makes it poignant and relatable. “Smile’ is a song about compassion, empathy, and understanding. Sofia Evangelina is an artist with purpose, a young girl determined to challenge and address human issues, to empower her young fanbase.