TRENDING NOW
Quad – “DOMESTICATED PARADISE” – effortlessly combine substance with style! | MERLIN is in the driver’s seat with “Code Blue” | Saga B – “Bottle Service” shows passion and ambition for her craft | Sun [the MC] is a product of the “golden era” of hip hop | ZEE – “Bye Bye Blackbird” is in memory of his loving brother | Jackslacks set to drop 11th Release “Inside Out” | DreDaymuzic – “Crazy” – The powerful single delivers electrifying vibes! | “They Watchin”  – Untouchable 1 is about to wake ya up this year! | Lazarus Benson – “Monster” draws inspiration from abusive relationships | Perditio Releases Collaborative Debut Album “Delectably Dark” | 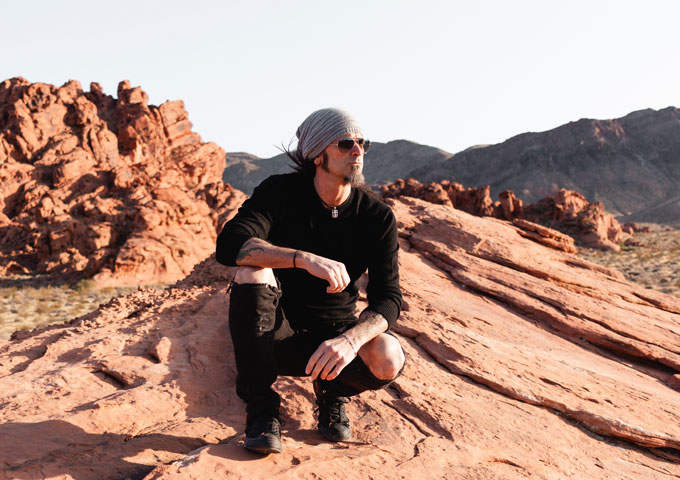 Kory Brown is an American singer and guitarist from San Antonio, Texas. He started music as a drummer in his late teens and into his 20’s. After a run with a couple of bands he walked away from music until 2011 when he picked up a guitar and started writing his own unique blend of hard hitting 80’s, 90’s and 2000’s rock and roll. Kory Brown was awarded best new artist in 2013 for the local San Antonio Music Awards and has released two full length albums, Who I Am (2016) and When the Love Falls (2017) along with numerous singles since 2013. He is currently working on a third album called “Split Personality” (2020) and is set to release his 4th single from the album, “Lost Cause” on June 12, 2020.

Now living in Las Vegas, Nevada, Kory has been featured on local radio, behind the music podcasts, performed at Hard Rock and continues to grow his musical acumen. In anticipation of his brand new single “Lost Cause”, we caught up with his last release “Vengeance”.

The more familiar one gets with his work, the more one realizes that Kory has seemingly endless energy with which to pour himself into being one of underground rock music’s most talented independent artists. I get the feeling that there is really nothing that Kory Brown can’t do.

Kory is an undeniable guitar virtuoso, and his gritty, soaring vocals proudly display his singing chops. For any other artist, being at the forefront of the independent rock world as both a guitar shredder and a vocalist would be more than enough. Kory, however, has also managed to develop impressive songwriting and arranging skills.

On a purely technical level, “Vengeance” might be his best-produced release to date. While his earlier tracks sound great, the production value on this single seems to have upped the ante quite a bit. The tones are crisp and clear, yet still display the warmth we can fairly demand from a great rock n’ roll record. The drum tones are clean – no excessive reverb, putting them center of the track without being too over-bearing. The bass tones are as groovy and warm as we might want them to be. The guitars, of course, showcase Kory Brown’s unique ability to create a sonic heaviness while using minimal distortion – something many other artists attempt and fail to do.

The song itself is a wonderful blend of rock aggression and metal noisiness, with all-embracing electric guitar ardor and killer vocals. The result is a new level of artistic maturity from an already well-established independent music artist.

The bottom line should be obvious by now: I am totally enchanted by “Vengeance”. It is an invigorated and explosive effort by a fantastic instrumentalist and singer. Kory Brown can really play the hell out of his instrument. He dips into the legendary eras of rock, and finds room for some of the tastiest, most powerful guitar playing he’s ever recorded.

It’s the highlight of a record, which shows Kory’s range as a composer, producer, singer, and above all, guitarist. Kory Brown just keeps on getting better and better, which means we already know what top tier levels to expect on the single “Lost Cause”, and the upcoming album, “Split Personality”.

Bringing the passion of music to your closet

Ron Zama – “The Glow” – mellow and warm, yet throbbing and crystalline