TRENDING NOW
Dr UD Obi – “Father of Mercy” brings forth the cornerstones of Gospel music | Purple Activist – “Purp Paris” – the sweetly chilled voice is equipped express emotion | Meres – “Have You Ever” – song’s hypnotic catchiness belies its depressing angst | Earl Winston & The Funky Big Band – “Funky Big Band” places a heavy emphasis on the groove | JPecs – “all nighter” is the perfect accompaniment for late night study sessions | Charlie Cartel – “Got Me” brings back some old school chill vibes | Novi Nov – “Parallel Lines” taps into his bank of profound creativity | Dou – “Simmer Down” came about within sessions with Eli Bordonaro | Soul Poet – “Tell Me How To Live” – the lyrics hit hard, the sounds flow sweet and smooth | “Insanity” – Ht UnCut is inspired to write this song because of his experiences |

John Vento – “America (The Saints Come Marching Home)” – a thrilling tour-de-force of all that is good in organic rock! 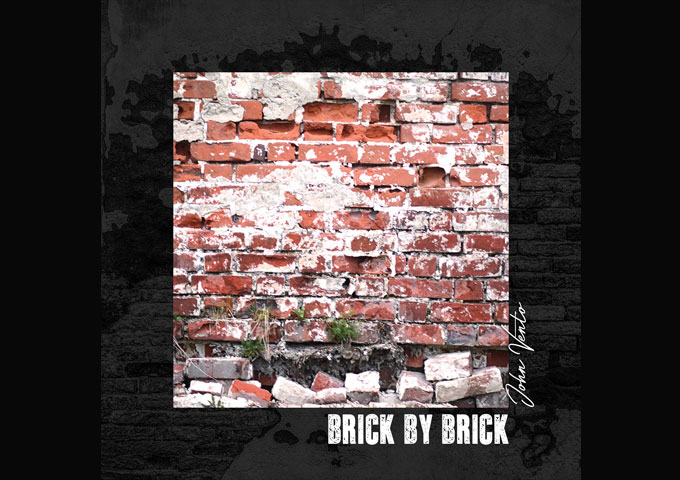 If someone asked me “what song should I listen to if I wanted to get a fair idea of what John Vento is all about “, “America (The Saints Come Marching Home)” is the track I’d recommend. It’s just an excellent piece of work –musically, lyrically, vocally, and of course emotionally. The track is the first single from the award-winning artist’s upcoming album project “Brick by Brick”.  Vento dives right in and gives us a kaleidoscopic view of these devasting socio-political times. He rips apart the belly of the beast that gnaws at the fundamentals that America was built upon.

“Extremists from both political spectrums are committing horrible acts of violence. Even though these groups represent a very small fraction of our citizenry, they seem to get all of the TV and social media coverage. When, in truth, most of us are peaceful and despise such violence,” explains John Vento. According to co-writer and artist, Frank Ferraro, “The song was written to call out the injustices being committed by the people against its own people, by both the general population and those seated in power. It conjures up the ghosts of our past and holds them in parallel to the hurtful acts being committed today. ‘America’ is not a battle cry for more acts of destruction. It is a simple call for universal peace.”

With this premise John Vento and Frank Ferraro, set about to write a powerful anthem to put the record straight. Strummed acoustic guitars wrapped in a dynamically indigenous tribal-flavored aura, underscore the raw and raucous vocal timber of an indignant John Vento who forcefully soars across the insistent rhythm. The song reveals an artist expanding his ambitions, and creating a work that is searching for the true American soul.

For many years Jon Vento has shown us his ability to craft wonderful narratives within the confines of the rock and Americana songbook. He developed it into a science. Every one of his songs is filled with powerful characters and imagery, surrounded by irresistible melodies and a terrific rock band. “America (The Saints Come Marching Home)” takes that formula one step further, as Vento boldly comes to grips with socio-political issues.

John Vento’s declaratory tone during the song, followed by snarled anger, is the sound of an artist telling us just why life is not that great right now. “America (The Saints Come Marching Home)” is a thrilling tour-de-force of all that is good in organic rock. On a national level, John Vento is indeed an underrated American rock n’ roll storyteller. The music is great and the lyrics are straight from the heart.

While much of popular music is drowned in synth-based compositions and over-refined production, with very little lyrical substance and social consciousness, John Vento sticks to his roots, keeping it rustic and real. Vento’s dedication to his music clearly shows in “America (The Saints Come Marching Home)”, with the singer-songwriter orchestrating the exact atmosphere he wanted to convey on the record, and in the message that he is sending out.