TRENDING NOW
Kyle Mikolajczyk – “Echoes In Eternity” – combines technicality and melody | Walmanner – “On My Mind” – Soulful underground deep house music at its best! | C-Work – “Paper Elementz” – The kind of creative you shouldn’t underestimate! | Dr UD Obi – “Christmas Ladadada” embraces an infectious rhythm | Mt. Yona – “The Ormus EP” is restoring originality and cultural integrity to Hip-Hop | Mooncult – “Grips the Air” – about the moments in life where things feel good and how fast they are gone | Jared Henry – ‘Reborn’ – the story of a man who’s been hurt by those closest to him | Another outstanding performance comes from JOSHUA RED UTTECH’s “Lost Girl (Club Remix)”! | From the EP “The Burner,” J. Gervin’s song “Under My Seat” | Boi Blue’s song “Big” is designed to inspire |

Dynamics Plus: “Rock It Science” – another step ahead of the game! 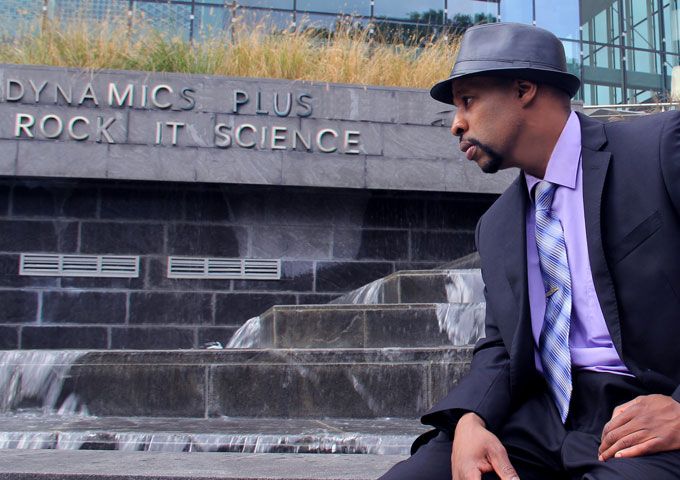 Even if you’re totally alienated from rap and hip-hop, “Rock It Science” is extremely hard to resist if there is a musical bone in your body. Dynamics Plus aka Lenzmen, once again displays his fearlessness and blindness to inhibiting boundaries, and coupled with his core musical competence, it is evidence that he knows exactly what people yearn for – great music, perspective, and a voice to be heard.

So what is “Rock It Science”? Is it a sequel to last year’s critically acclaimed 18-track, “Rocket Science”? Well, the answer is yes…and no! Same songs, same performers, same lyrics…and that’s where the similarities end, because musically and production-wise, this latest musical installment has been rebuilt from the beats to the bars. To the list of creative credits, Dynamics Plus has added the likes of DJ Cut Supreme, Producer Sam Duren and The Cryptic One, turning the electro-boom bap vibe of the previous release into pure fire!

What makes the above collaborations so good is that Dynamics Plus is obviously not looking for crossover acceptance, rather he is demonstrating how he can excel in such distinguished company. In my opinion, all the tracks are stand-outs, with my personal favorites being “Rocket Science Intro Esper Wish (ArtWriteUs Remix)”, “Hug the Pole FEAT SheaDoll”, “Seek End Destroy Cut Supreme Remix”, “Turn It Up a Few Degrees”, “Grace Notes (High By Noon Remix)”, “Sunrise to Sunset Spoil Sport Remix” and “What Comes Up (Cryptic One Remix)”.

Relating this album back to the past one, synthesizers, computer music, and sampling technology, together with real instrumentation, certainly shapes the incredible music-making ability of Dynamics Plus’ production and style. “Rock It Science”  is a stellar combination of music technology, artistic soul and raw talent. Dynamics Plus, for me, remains one of the best producers and eclectic rappers in the industry today, defying the genre-based stereotypes that exist in Rap and Hip Hop. He really has been ahead of the game ever since I can remember.

Dynamics Plus just brings his style and diversity to this album regardless of who he is working with. The title fits the music quality on the album to the tee and the whole concept, sound, creativity, craft and vision of “Rock It Science” is totally amazing, utterly genius, and completely different to the previous release. If you’re an absolute audio fanatic, the best move would be to grab both albums and play ‘spot the difference’. That’s what I did, and discovered two totally different experiences.

On a lyrical note it’s also nice to know that the real thing is still out there. Imagine using multi-syllabic words in a song. Imagine telling a story in a song that’s not all about how fast the girl’s booty will shake. Well you don’t have to imagine anymore, because it’s all here on “Rock It Science”, before your very ears!

So don’t be afraid by playing it safe, staying in the box or just sticking to what you know. How would you ever determine what’s good or bad if you’re never willing to try something new? Broaden up your horizon and diversity with “Rock It Science” or you’ll surely miss out on a lot of good things in music!

Walmanner – “On My Mind” – Soulful underground deep house music at its best!

C-Work – “Paper Elementz” – The kind of creative you shouldn’t underestimate!