TRENDING NOW
2AP – ‘Passing By’ – You can listen to it many times and still you want to listen to it again | MAKI scores ‘FORECLOSURE’, a science fiction drama re-imagined | Southern Avenue puts a funky, groovy spin on the 1983 Genesis classic, “That’s All” | LIFE OF 5AM – “Get On Down” stands out in originality, memorability, and overall quality | Rootspence – “Hello Summer” leaves a strong impression of an authentic musician | Baggalott – “Pit Stop” approaches songwriting with an open mind and a strong will | 24k Melodies – “i hatE my life” weaves a web around listeners | Cameron Pluto – “Cloud 9” – dreaming of a perfect romance | Vievanessa – “Walk On By” – old school vibes mixed with a contemporary pop edge | J.R.O.D. – “Illusions” provokes listeners to think deeper and inspire growth |

Tricky Mandrake: “Over and Under” – wrapped up in power, strength and emotion! 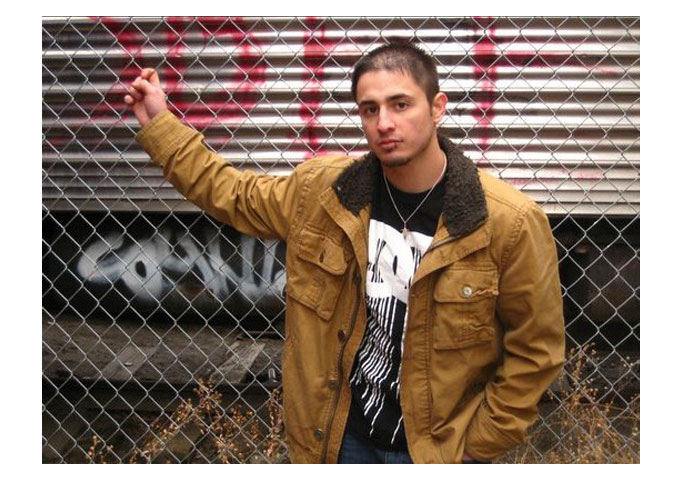 Tricky Mandrake is a solo artist from Casper – Wyoming, who does all his own work for every song. Coming from a rough back ground, music became an escape at 12 years old for him. Tricky experiments with many different styles of music, attempting to come up with something unique. Tricky translates his creativity into music through the use of various instruments, including the piano, guitar, drums, and bass guitar. He says he want others to see what can come out of the joys of music.

Imagine that most artists are in the shape of squares. You see what kind they are and what sort of music they put out labeled straight on them. Tricky Mandrake is different in the sense that if you take a few steps to the side, you’ll discover many different faces and find that you were looking at a cube. He doesn’t just stick with one style of music. He keeps changing and adding various new elements to his sound. Thus we arrive to his latest offering, the single entitled, “Over and Under” – a heavy synth-driven, metal-core track with booming drums and organic undertones.

While this may not be everyone’s cup of tea, it really is something that grabs your attention and cannot be ignored.  “Over and Under” packs a punch that has not been felt in a very long time with its raw sounding “garage-band-basement” riffs, catchy lyrics, soaring vocals and head smashing drums which brings back memories of the late 90’s. There is so much power, strength and emotion wrapped around this song; it can power a small town. The music is great from the first tone to the end of the track.

“Over and Under” seems like a mix or a blur of everything Tricky Mandrake has done until this point, including tracks like, “Bout Us feat Task and Eazy” and “Shoes That Bleed feat Feeki”. It has the same rap/rock influences, only this seems a little heavier than he has been before. You might say that “Over and Under” is a return to the glory-days-sound, of a grittier and more rock focused, young Linkin’ Park. Tricky Mandrake seems like he is on a rampage to track something down, bringing out the beast inside his music.

Well, Tricky has found his screamier and tenacious side, with a style that is even grittier than anything he has done before, and the recording methods he uses here, makes him sound more like a hybrid between high-energy-driven techno and raucous raw metal – a truly fun, powerful and exciting musical direction. I hope Tricky Mandrake continues this trend, because he has definitely grabbed my attention with “Over and Under”!