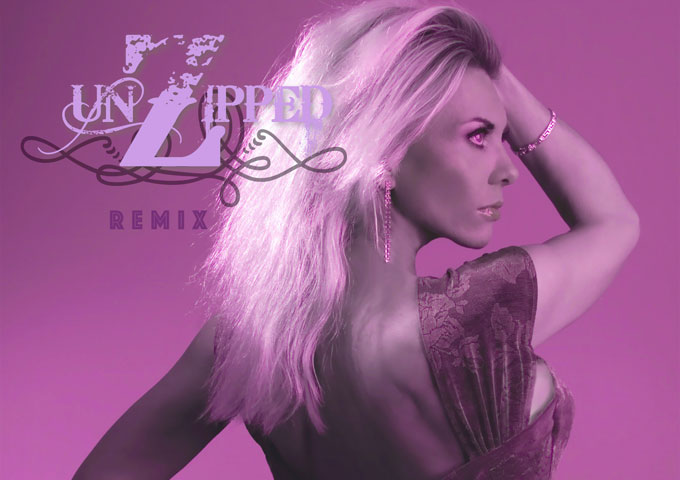 Her songs have won numerous awards and have also featured in a number of TV series and feature films, including “Feel U” in the film “Every Day” starring Helen Hunt and Liev Schreiber, directed by Richard Levine.

Far from being a copy-and-paste instant starlet, by Anne Marie Bush, is steadily establishing a foothold in the dance and pop isle, aided by breathily-voiced EDM smashes like those featuring on this EP.  “Unzipped Remix” can be described as a “big sounding dance EP” and the sounds certainly are big here – banging drums, throbbing bass lines, wall to wall synths and Anne’s silky, sexy vocals which turn every track into an earworm.

Anne Marie Bush’s unmistakable voice cuts through the phat bassline and four-to-the-floor beat, adding some of the best moments to be found on this EP. Melodically, and with its catchy chorus, this track could easily settle itself on any Top40 Chart.

Super sexy and surefooted, this Danish born songstress doesn’t go over the top to try to be different; she’s just naturally different and very talented. All you’ll want to do is immerse yourself in the intoxicating sounds Anne and her crew produce – first and foremost, that ethereal, tantalizing vocal.

Second, the lush and shimmering production: The sweeping, melodic touches, the more rhythmic moments, and the stunning remixes that pushes each song throughout the EP. “Unzipped Remix” is just the kind of EP where you can lose yourself on the dance-floor. And if you check out Anne Marie Bush’s videos, who knows what else you’ll lose. There’s really not much else to say than, Check this out!

Jizzle Da Amplifia – “Andretti” feels like a genre unto itself!

arcadia.made makes it known that this is a role he not only takes seriously, but one he plans to succeed in

Papa Roy Foundation – “Out of the Darkness” – a highly intoxicating album