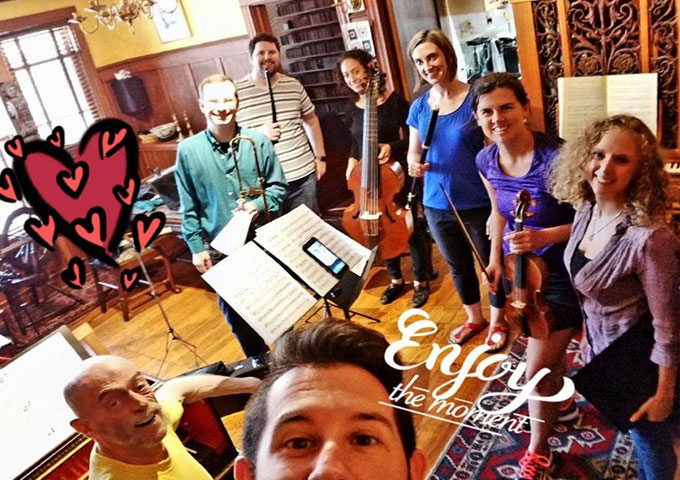 The Bach and Beethoven Ensemble’s CHICAGO STORIES Project brings the city to life on a personal level through new music written by Chicagoans, with and about Chicagoans and Chicago communities. Through Chicago Stories, the audience learns about the Alvarez Brothers and their renaissance efforts to revive the Pilsen Latin jazz scene. They are then taken on a journey through the harrowing escape of members of the Assyrian immigrant community, who finally found refuge in the neighborhoods of Rogers Park and Lincolnwood. Finally, they scale the wall along with a group of minority women in executive leadership roles who crushed their glass ceilings to reach the top of the mountain.

More About: Chicago is a city of diverse people whose stories span the world and culminate here in amazing ways. In January 2017, the BBE commissioned three next-generation Chicago composers to create six new pioneering pieces based on the life stories of individuals, groups and their neighborhoods. Chicago Stories brings the city to life on a personal level, while offering an underlying melody of this melting pot of world cultures.

Throughout the first half of the year, the project’s composers met directly with Chicagoans to learn about their stories and experiences in their communities. Taking the inspirations from these encounters, they then worked with the musicians to develop wholly new compositions.