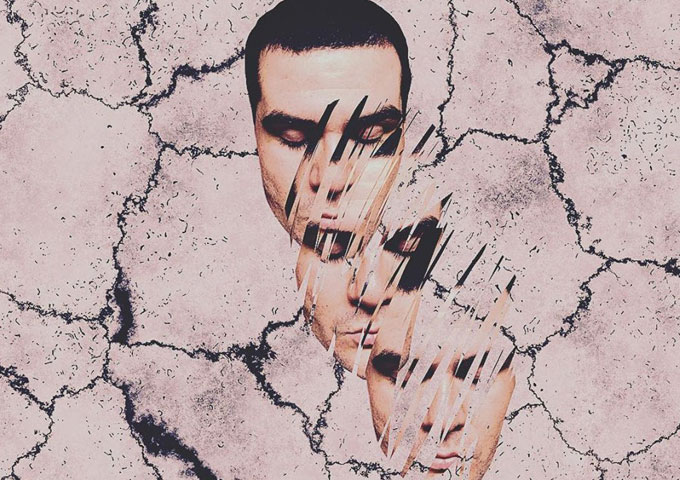 With such a wealth of personal experience to draw from,  DAV!D (David Castillo) and his trustworthy computer CLARA will never be short of lyrical inspiration for his songs, the beating heart of both of them having already been through more than you or I could expect to reasonably encounter in a lifetime. Melody, song structure and a pop sensibility. The latter is something the new album “Body Works” never approaches – intentionally. Yet the signs are that DAV!D, plugging himself in to more obviously gritty electronic production this time has found an intense mode of expression that suits him extremely well. Confessional or redemptive lyrics feature strongly once again, prompting thoughts of DAV!D&CLARA’s finest songs. The project’s primal cry here opens a few emotional and sensual doors – the dark, metallic texture closer to Nine Inch Nails than ever before, but with a Darkwave and EDM twist. The trimmings may be darkly laced, but when the crunchiness of the sounds threaten to envelop, the lyrical content overwhelms with the flipside. In pop terms, the songs are a shade too complex – but this means the subtly applied electronic cuttings have more time to work their magic, as they often do, in and around the vocals.

Brooding, slowly treading basslines patrol the lower reaches, while the lusciously lusty melodies stick firmly after a few listens. DAV!D&CLARA, it seems, are progressing into a well-rounded, mature songwriting team who play to all their strengths, and in particular the imposing voice, and its ability to move from a confidential whisper to a rabble rousing bellow.

These songs show DAV!D&CLARA in a newly redemptive prime, and will satisfy both short and long term devotees. One of the challenges for any singer is learning how to write songs that fit his or her talents. It may seem obvious, but you’d be surprised how many otherwise good singers forget this simple fact, not that I’m naming any names.

“Body Works” is filled with songs that take advantage of DAV!D’s voice which is melancholy, languorous, slightly disaffected with a core of honest sentiment. If there’s a reason why DAV!D is probably an archetypal synth-type vocalist, it’s showcased on this album. He sounds as goth-rock, new-romantic and industrial as deeply as anyone else I can think of.

DAV!D’s voice is able to undress the listener with its sultry vocal stroking, while CLARA has smooth, clean, fluid lines that are stacked by rumbling buzz-saw stylistics. Together the two, synergize an opiate state and Arcadian conditioning that preens of resonating, visceral and sensuous ambient flourishes.

From the moment the album opens with “Do it like you mean it”, and then moves through standouts like “Blood Moon “X62”, “Sunset Eyes” and “Luxe Life”, you realize that DAV!D&CLARA’s songs are less artsy and more emo-throttled than many of their genre contemporaries.

The industrial tendencies in the synth patterns for the tracks on this album create moving pictures anchored by heavily chained beats with sumptuous emo-driven sonic furls. This is immediately evident in another cluster of standouts:  “Shooting Star”, “Soaked”, “Golden and Delicious” and “Bodywork”.

The lyrics supply carnal answers as the music produces a swirling sieve of synth-textured atmospherics around DAV!D’s breathy vocal rises and falls. The electro streaks turn hard and biting, impressing a Goth rock chill through the wavy melodic tissues. DAV!D&CLARA fuses a number of elements into the music while being steadfast to the inflaming synth chimes.

“Body Works” certainly presents a fully grown and matured DAV!D&CLARA – musically, lyrically, and vocally. The feeling that he lives inside these songs is vivid: both epic and minimalist, the album solidifies his writing abilities while his unshakable baritone reasserts his performing credentials.