Joe Dirrt – “Before The Fame” – slaps hard, with an adrenalin pumping energy! 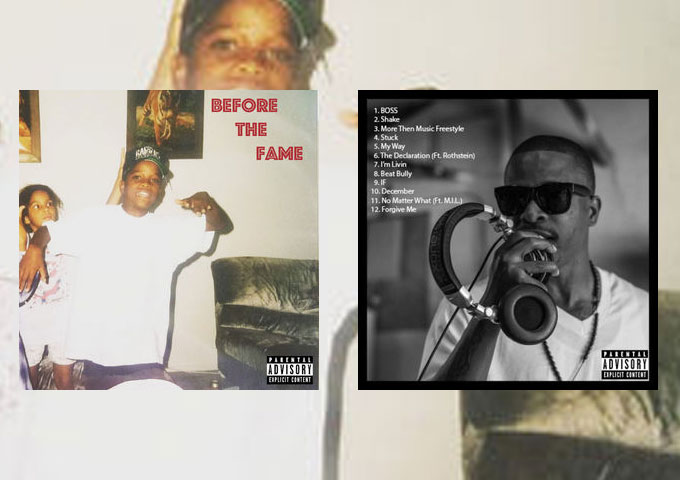 Joe Dirrt is a hip-hop artist coming out of Los Angeles, Ca who originated from the heart of Buffalo, New York. His style embraces both the rampantly smooth Cali flow, and hard hitting east coast lyricism. Joe gives us a full serving of his talents on the 12 track album, “Before The Fame”. It’s a testament to the independent grind he employs to cultivate a dedicated fan-base. Joe’s rhymes are designed to string out little observations until they form a big idea. His wordplay don’t only connect or make sense in sequence but they can create powerful impressions. From that moment, I put a peripheral scope on this album, all the while taking time here and there to dig into his other work. What I found floored me. The level of craftsmanship exhibited by Joe Dirrt in every recording was astonishing.

The opening track “Boss” kicks off the album with hard-hitting, classic hip-hop vibes. Joe starts rapping with tenacity from the get-go. The forceful delivery, the professional wordplay, the polished vocabulary sprinkled with tasteful slang; his first bars quickly left an impression on me.

Right after the first track comes one of my personal favorite tracks off the album, “Shape” This particular track sounds like a classic trunk-thumper you would hear banging out a system from a low-rider. “More Then Music Freestyle” brings a breeze of soulful piano melody, over which Joe Dirrt drops lyrical fire.

Joe crafts another absolute mid-tempo banger with “Stuck”, which not only distinguishes himself from many other new generation rappers, lyrically as well as sonically, but actually highlights the reality that overall he is completely different than these other rappers out here.

Some of the album’s other highlights include the track “The Declaration” which features Rothstein coming together to craft a smooth ride-out groove of lyricism and soulful delivery, as well as “I’m Livin” where Joe Dirrt cuts through the beat with concise authority and genuine proficiency in his craft. Moving forward we find “Beat Bully” where Joe architects his story in a very inspiring way. It’s easy to notice the diverse production angles that Joe is taking throughout the entire album, and “If”, with its jazzy piano driven soundscape again sets a beautifully different tone.

The production of “December” incorporates the traditional head-nodding-style vibration, where Joe flaunts and emphasizes the respect that has to be earned in the streets. “No Matter What (Ft. M.I.L.)” slaps hard, with an adrenalin pumping energy.

Joe spits some lavish spiritually-affected talk on “Forgive Me”, as he moves into another frequency.  Each of these aforementioned tracks represent Joe Dirrt’s sound in a nutshell, and clearly displays his mentality, and maturity. Each of these songs are amazing pieces of aural art that describe Joe’s life experiences in some way.

Joe Dirrt provides great detail in this album, and really shows what he is made of, which may surprise many people. One thing that he does really well throughout this recording, is keep his momentum going. “Before The Fame” is an album that shows us the work Joe Dirrt has put in, and more importantly, what is expected to come next.