TRENDING NOW
Doug Cash – “All I Can Ask” – has his rich voice front and center in this song! | From the EP “Paid In Full,” East Atlanta’s MDN EA releases “Back 2 Back” | Is The Whoreible Decisions Podcast About To Split Up? | Bahar Abbas is a seasoned and poised performer | JJ and The Mystics has brought a truly unique blend and style to the music scene | PRUZ – “Chasedown” works brilliantly at home as well as in the club | Cat Beach has spent the past 15 years in Nashville, TN writing and working | Kid Drip comes from a very small town in Illinois | Michelle Ayers is blazing back on the music scene with “Fast Steppin’” | East St. Louis IL native, Psway releases “F#ck $hit” | 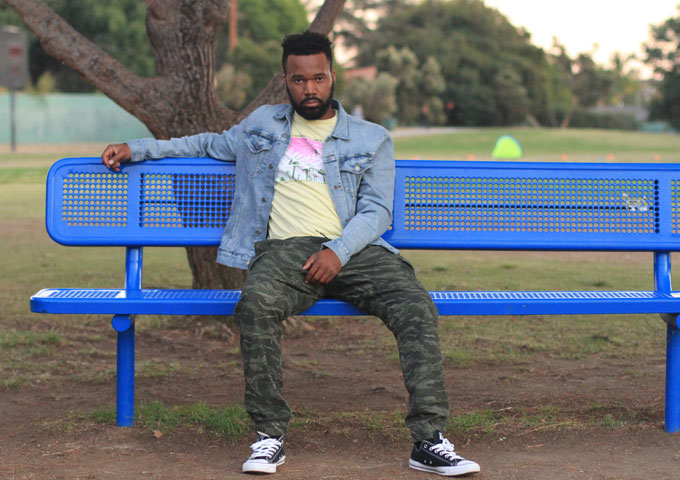 Den started out in the 2010, using the moniker Den Den So Relentless. He dropped a planned trilogy of underground mixtapes – “Runnin On E” [2010], “Game of Love” [2011], and “Gone” [2012]. He then to step away from music to attend college full-time.  In 2015, Den lost everything important to him, including his home. To continue school he worked two full-time jobs, sleeping between classes or during lunch breaks. He graduated later that year, but in 2016 Den was involved in an accident that almost cost him his life. He says that his near-death experience taught him an important lesson: “Life can be over in just the blink of an eye.” He felt as if he wasn’t living up to his full potential.

Den started traveling alone a lot, before eventually finding his way back to music. The single “Start Over” marked his official return to the scene in December 2019. Since then he has released a handful of new singles, including “3 in the Morning”. The single does not cease to forgo the same originality that has been so prevalent to not just Den’s music but his personal life as well.

From the onset of the track, the feel of a personal approach is evident with the sound of a ring tone kicking things off. The smooth instrumental with Den’s intimately vivid and explicit lyrics, take the listener on a journey into the thinking mind of the man behind the after midnight pussy talk.

This is unsurprisingly where Den delivers a strong performance. A quick glance at his back catalog gives you full insight into his bent and ability rap about the ladies.

The strength in versatility that Den shows across his tracks is an enjoyable aspect of his music. It is common for artists that similar sounds and concepts dominate their repertoire. With Den though, there is always a little something different and original when he’s riding a new beat.

This way, there is always be something in each track to captivate the listener. Whether it is great production, a strong flow and hook, or even Den’s witty and explicit lines, there is a little gem in the majority of his tracks.

“3 in the Morning” is no different. In fact it may even be better than the rest of his tracks. The song has a great production, a strong flow and Den’s witty and explicit lines abound, for a full house of gems.

Opting to be more multifaceted than flashy, Den demonstrates the kind of versatility and maturity that should comfort anyone that might be worried about career longevity and relatability for an artist who started a decade ago.

The blunt force of his narrative matches the vigorous energy and palpable urgency of his delivery. All of which makes for an impacting listen. The entire package is blissful, as Den relies on these strengths throughout “3 in the Morning”, positioning himself as a captivating artist in a crowded field.