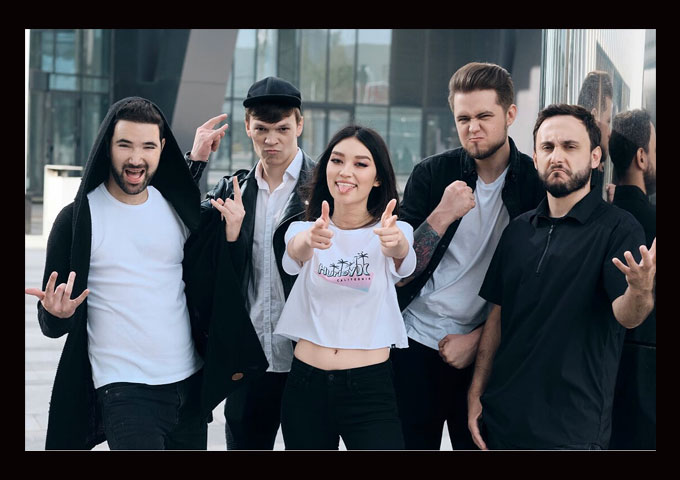 Sofi Maeda was born in Takamatsu, Japan. The alternative pop-punk starlet has been doing music seriously since 2016. She has released the album “You Know Me Well” in 2017 and has followed up with a series of successful singles. She has won singing as well as song contests, and has performed on the Red Square in Moscow, at the festival in Gorky Park, as well as concerts in Depo, Live Stars, San Diego, Glastonbury and many more. This year Sofi has dropped 3 singles so far, including “ASHITA”.

If you like Sofi Maeda then you should already have “ASHITA” on your playlist. If on the other hand you have never heard of her, and like artists who come to the mic with their own creative style then I recommend you give this a listen, you may be pleasantly surprised. This is Sofi’s most exiting, tuneful, and interesting track yet. Hard, soft, fast, slow, aggressive, empowering – it’s superb from start to finish!

On “ASHITA”, Sofi Maeda affronts the theme of bullying, and in the superb high-quality video clip, which supports the song, she actually becomes a superhero, fighting those who perpetrate the horrible act of deliberately harming and humiliating others. Right from the outset, Sofi’s voice is as crisp, haunting, and moving as ever, as she weaves her vocal onslaught between the crunchy guitars and beating drums.

Sofi Maeda’s voice will command your attention with its bright resonance and mellifluous tones. The nuancing of her words will touch you and the chorus hook will have you singing along instantaneously, even though you don’t understand a single word of what she is singing. Of course, if you understand Japanese, then you’ll have an advantage over the rest of us.

This track is genuinely captivating, and even if you don’t understand the narrative, Sofi’s raw talent doesn’t go unnoticed. There is a lot of character in her singing style, while the instrumental backdrop has a fresh and clean modern rock sound that is delivered with a raw and earthy feel. Powered by a driving beat, the arrangement builds to a powerful up tempo chorus that bursts with sound and energy.

Already making waves on her side of the planet, Sofi Maeda’s is aiming squarely at world domination with “ASHITA”, regardless of language barriers. If you don’t understand the storyline, watch the video directed by Boris Milovanov, you’ll be just as informed and entertained by the Stars Wars styled lightsaber fights.

The interesting thing about the song, is that Sofi’s father, Hideto Maeda, wrote the lyrics for it, while the eighteen year-old singer composed the music herself. It’s a track full of unique energy and meaning; distinctive in the sense that it’s rare for a track to exude such excitable rock guitar riffs, alongside so much pop friendliness.

The track efficiently condenses many of Sofi Maeda’s most exciting performance and compositional skills into its three minutes and two seconds. The vocals overrun with uplifting attitude sitting high in the mix, as the drivingly percussive arrangement loads itself with booming hooks that will grab both of your ears!