Scambler: “A World Unknown” – maintaining a rich and vibrant sound 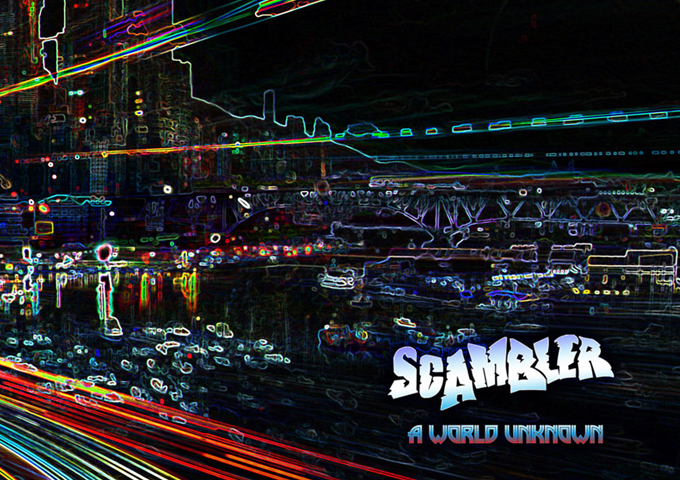 It’s clear from the throbbing basslines and strobing synths that Scambler has paid close attention on how to tread the tightrope between commercial Pop and underground EDM, but it’s when he cuts loose with thunderous, hook-laden choruses and his sledge-hammering keyboards that he really comes into his own. His latest album, “A World Unknown” is an exhilarating ensemble of euphoric breakdowns and club-thumping choruses – the best of which feature awe-inspiring vocals and melodies at the helm. To go deeper, Scambler’s extremely varied arsenal of sounds wraps themselves around this recording and blossoms impressively into one of the most powerful indie EDM albums of this year. Scambler, a composer and producer based in the UK, who writes house, dance, big beat, rocktronica, dubstep, nu metal, rapcore and breakbeat music, has released seven multi-genre albums; His latest, “A World Unknown”, released on all major download stores the 18th August 2018, is also available to download at www.scamblermusic.com.

With producers now putting out new singles, remixes, and various other quick treasures for their fans on a monthly, and even sometimes a weekly, basis, there’s craftsmanship and skill in Scambler’s songwriting, which perfectly backs up the glossy production.

Hence of course, in providing this recorded statement it is important to recognize that Scambler is not just another producer on the circuit, but a vastly gifted artist. Not to put down other electronic artists, but the workflow in Scambler’s studio would seem to be of distinguishable difference from that of most producers.

The new release expands Scambler’s catalog while still maintaining the rich and vibrant sound you’ve come to know the producer for. He does so with sincere success as well. Each track is polished to a pristine state.

Synthesizers blare with flair over driving drum lines, the vocals soar over the productions with rich atmospheric qualities, and overall, the album builds a spectacular home deeply embedded in electronic sound. Scambler has showcased superb skill in his sound design of “A World Unknown”, creating auditory art. The album contains a good mix of dancefloor hits, radio friendly chart-toppers and songs simply for listening pleasure. He has taken his sound to another level compared to the previous album.

He has shown with diverse tracks such as, “Where We Stand”, “Feel Your Body”, “Fly With You” and “Stay With Me” that there is more to dance music. Giving listeners a wonderland of fresh sounds, Scambler’s music somehow maintains a new retro feel. And when it comes to production, Scambler is at the top of his game.

Through his memorable songwriting and world-class production, Scambler provides an alternative glimpse into the future of electronic music. “A World Unknown” is an extremely engaging album. The vocals also act as a defining feature that makes the album great, giving the songs more definition and appeal than they would have as pure instrumentals.

The album balances appeal for mainstream and niche fans of dance music.  “A World Unknown” does not simply contain a fistful of explosive EDM hits for you to bounce around to: it is far more adventurous in its scope and vision. A mostly melodic and dynamic recording, “A World Unknown” truly understands how people listen to electronic music in 2018.