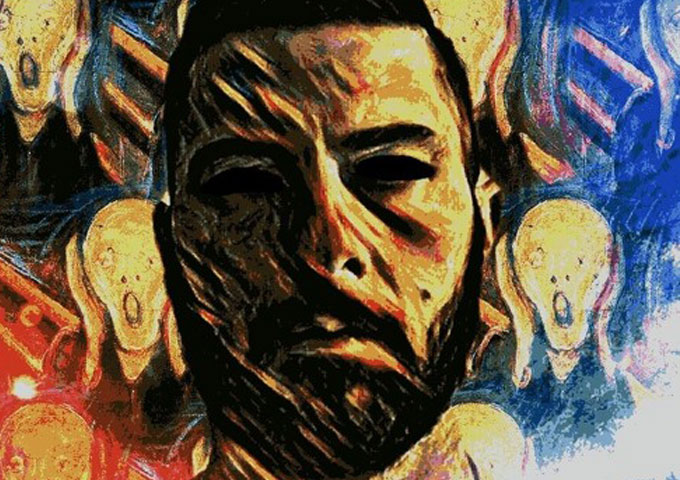 In hip-hop, establishing yourself as part of a powerful label and crew is as close as a new act can get to being a commercial sure thing. T2 is an artist from South Texas who has been on the local scene for years but has always only made his music available to a certain circle of fans up until now. Totally ignoring the math of formulas and schemes aiming for commercial success, T2 has just dropped his 6 track project, entitled “KOOL-AID n CHEETOS”, and though still nor aiming for commercial success in its purest sense he is spreading his vibe across the web. But that isn’t all he has going for him: He also possesses an intense, distinctive, no-nonsense grimy flow. T2 doesn’t break new ground thematically or musically on “KOOL-AID n CHEETOS”, instead sticking to the fundamentals of the hardcore-rap game: money, respect, the struggles and his grind. He kicks flows with dark, uncompromising conviction, and is at his vivid, cinematic best on “Raffle” a nearly operatic narrative, and the sublime “My Diamonds”.  Yet despite, or perhaps because of its bleak and macabre setting, “Right Now” is also oddly affecting and humane, and certainly more memorable than almost anything on this overwhelming recording.

While weaker rappers’ money-making formulas have been running on empty after lackluster releases, “KOOL-AID n CHEETOS” shows how effective it can be when applied to the work of a gifted rapper like T2, who boasts a hoarse, memorable flow and an impressive knack for storytelling.

Featuring sleek, of-the-moment production from a varied set of hands behind the boards, the album has a visceral but crisp sheen. The anthemic opener and title track “Kool-Aid n Cheetos” is a highlight, as are lyrically adept songs like “Breathin In” and “Blacked Out”. Whatever T2 deliver as in morality or imagination, he more than doubles up with surefire verbal mastery, and “KOOL-AID n CHEETOS” is another hard-boiled testament of emotional truth-telling. T2 verses flow with an unexpurgated, venomous power, a rage coiled and then sprung outward with the manic surge of a jackhammer.

He has a gift for repackaging the usual boasts and taunts in new ways and visualizes brutality and death with a chillingly keen expertise. Thoughts of both pride and guilt, as well as death and damnation looms large in his mind, as he drags these themes through his songs.

Unobtrusive yet menacing production—gothic keyboards, luscious strings and strummed guitars, nicely complement T2’s profound musings on the urban landscapes we live in. Whether T2’s poetry rises above some of its unsavory subject matter is a judgment he willingly leaves to posterity.

As for his contemporary audience, we could do worse than give him the benefit of the doubt. Sometimes when you’re pinned in a corner, drama coming from every angle, you are capable of amazing feats. In the case of hip-hop artists, that’s how some of the greatest albums are born.

I’m not sure from exactly which personal experiences T2 is coming from, but this recording is filled with its emotional weight, giving it substance and credibility.