TRENDING NOW
flat7 – “yoki” conveys vitality, motion and grace | PHELIXX LAKE – “Echo” is infectious and majestic to listen to! | Award Winning Composer Joseph Metcalfe Scores Christmas walkthrough event, Winter Wonderland | ‘PURE’ is Sebastian Lightfoot’s 10th full album | Cynthia Washington highlights her latest release “I Forgive You” | Crystal Mia – “Hope Avenue” – a powerful reminder that there is healing after heartache | Cristine Capitulo – ‘You’re Not The One’ takes a deep dive into the feelings explored | 2AP – ‘Passing By’ – You can listen to it many times and still you want to listen to it again | MAKI scores ‘FORECLOSURE’, a science fiction drama re-imagined | Southern Avenue puts a funky, groovy spin on the 1983 Genesis classic, “That’s All” | 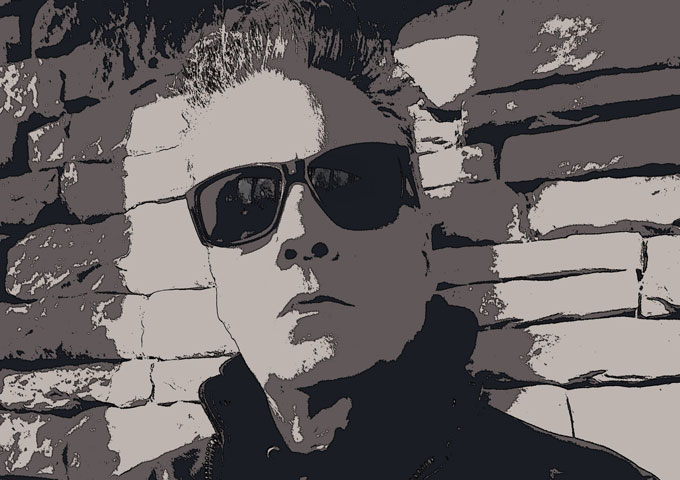 Prolific recording rock artist, Rick Shaffer, is a founding member of the Philadelphia band, The Reds©, whose first self-titled album on A&M records, was produced by David Kershenbaum. It highlighted a blend of Rick Shaffer’s guitar and Bruce Cohen’s keyboards. The album was supported with live appearances with The Police, Joe Jackson, Blondie, The Ramones, The Psychedelic Furs, and Public Image. Shaffer has also done plenty of studio work and features on the Marianne Faithfull album (Island); Hilly Kristal’s, “Mad Mordechai” (Stereo Society); Peter Murphy’s, “Holy Smoke” (Beggars Banquet/BMG); and Marc Almond’s, “Fantastic Star” (Some Bizarre/Mercury); as well as writing, producing and recording, “Looking For Right,” for the film, “Collateral,” directed by Michael Mann. 2017 also marks Rick Shaffer’s eighth solo album, “STOLEN MOMENTS”, which was inspired by the concept that there are no guarantees or promises in life.

Rick Shaffer: All my albums are written in the moment prior or during the current recording. Although the track “Other One” was a lyrical idea kicking around a while. The musical idea of “Other One” was to wrap Neil Young’s “Cortez The Killer” around Television’s “Marquee Moon” guitar atmospherics. The overall song material is written in a stream of consciousness.

Rick Shaffer: The rhythm section rolls with the songs presented, they play what they’re feeling and we take the song and sounds to where the production is realized. Teddy comes from the Bill Wyman / Ronnie Lane school of bass, and Stevie is a Nick Knox / Mo Tucker guy, and both are perfect for this album. We recorded twenty-two tracks and put together the ten that made the most sense continuity wise. Producing the material myself, gives me the freedom to get the tracks just how I imagined them in my head. It’ all about groove, vibes and tones.

Rick Shaffer: There’s no sitting on the fence. If you want some raw, aggressive, real rock-n-roll then jump on board. If you’re looking for the over produced, over thought out and, to these ears, boring, corporate projects, I’m not your guy.

Rick Shaffer: A bunch of artists, but early Stones, which led to the blues masters like Muddy Waters, Slim Harpo, Fred Mc Dowell and the great Magic Sam. Later the sixties and seventies rockers Bowie / Ronson, Iggy and the Stooges, Free, Lou Reed, and Mitch Ryder. A guy that I’ve been listening to lately is Bo Carter and the Mississippi Sheiks.  I always focus on what I would call the “long game” artists like Link Wray, Van Morrison, Iggy Pop and Muddy Waters, people that continue to keep working on their sound.  The production sound was an interest also, like the Phil Spector Gold Star recordings, Chess Records, Motown and lots of the indie 60’s garage sounds. Rick Shaffer: My first guitar was purchased from the Sears and Roebuck department store and was an acoustic Silvertone for $25 bucks which led to my first electric “Danelectro Longhorn” like Link Wray played. Unfortunately, I do not own them today.

Rick Shaffer: I still remember the noise, the beat and crowd. I loved it and thought this is for me. How good the performance was — I don’t remember any negative crowd response, or being hit with anything, and there was a lot of dancing, so it was a success.

Rick Shaffer: My 1960’s Framus guitars are favorites, along with my 1961 Supro Ozark.  So it comes down to a few to get the colors and character on each song. The Premier Reverberation unit and the Mahoney Cal Tone fuzz pedal are essentials. Two new important additions on this album are a 1971 Framus “Caravelle” and ‘Embargo” pedal designed by Ant Farm Amplification that’s a take on the original Rangemaster. And I’ve been looking for a Hornby Skewes treble booster.

Rick Shaffer: The work my partner Bruce Cohen and I did working with director Michael Mann, and playing live the original line-up of The Reds on tour with Blondie, Police, The Ramones, and Joe Jackson.

Rick Shaffer: I didn’t aim for the “Fun House” production, as much as using it for inspiration to my own sound. It came through a bit in the recording process, because generally my production has a heavy lean on distortion and is consistently anything but clean. I think recoding live on a Scully 280 gives that early 70’s sound, and on tracks “Time Stays” and “Call My Name” we switched to a Ampex 4-track for that early Stones / Pretty Things sound. For me, the tracks “All I Want,” “Modern Lie,” “Other One,” “One In Five” and “Danger Awaits” really come the closest to The Stooges “Fun House” sound.

Rick Shaffer: Fuck em, there will always be rockers. What did that old Neil Young say? “Rock and roll can never die.”

Rick Shaffer: They’re morons that need something to write about and just show their intelligence, or lack there of.

Rick Shaffer: Sixties artist Laura Nyro, because her lyrics, imagery and intensity is a beautiful thing.

Rick Shaffer:  That would be a sixties Gibson SG Standard that didn’t have enough bite for me.

Rick Shaffer: Tone, memorable riffs and songwriting. Jimi Hendrix is one of the few artists that had the whole package.

Rick Shaffer: Play it like you feel it, never give up, block out the noise and write your own material. The worst decision ever was A&M Records insisting The Reds use The William Morris agency to book our live dates. Because it meant firing Ian Copeland, a person we really loved, who was our original booking agent.  A bad moral and business mistake I felt at the time, but didn’t follow through on because of the record label agenda.

Rick Shaffer: Yes, they’re good tools to reach a larger audience, especially to connect with fans. Real talent will emerge in the long run, there has always been “short timers.”

Rick Shaffer: Sell out the music for the bucks, or for anybody.